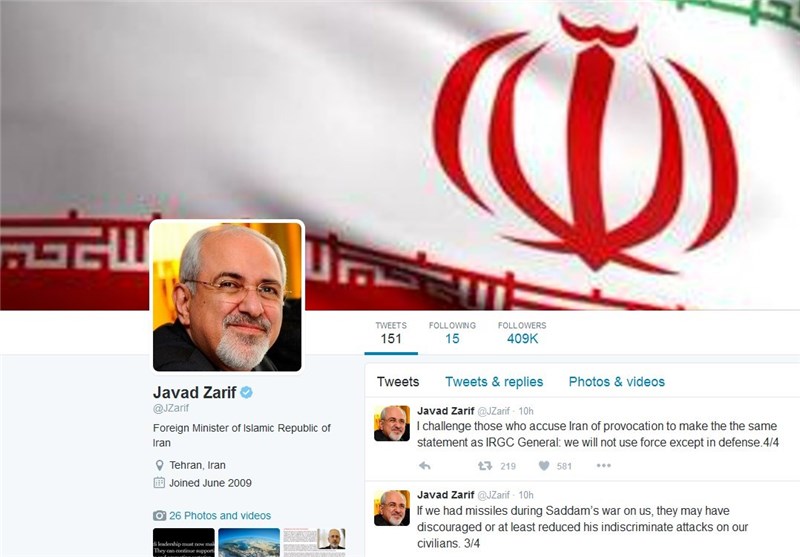 Iran’s foreign minister said the country’s work on missiles -not designed for carrying nuclear warheads- has not been restricted by any treaty or UN resolution, making a reference to the IRGC commander’s assertion that Iran’s military force is meant for defense alone.

“Neither JCPOA nor SC Res prohibit Iran from missiles not designed for nuke warheads. Read the Document: It’s plain English not legalese,” Mohammad Javad Zarif said in a post in his Twitter account.

“Iran hasn’t attacked any country in 250 years. But when Saddam rained missiles on us and gassed our people for 8 yrs, no one helped us… If we had missiles during Saddam’s war on us, they may have discouraged or at least reduced his indiscriminate attacks on our civilians,” he added.

“I challenge those who accuse Iran of provocation to make the same statement as IRGC General: we will not use force except in defense,” Zarif underlined.