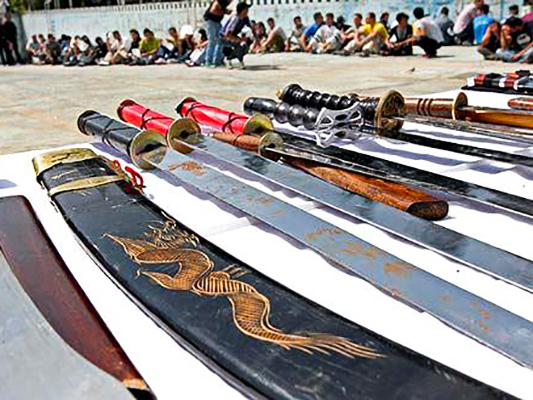 In a law passed by the Iranian Parliament on Wednesday, no on in Iran will be allowed to carry, sell, and manufacture any type of cold weapons.

According to a report by ICANA, as translated by IFP, the majority of Iranian lawmakers, in an open session on Wednesday morning, voted for a law that bans carrying, making, and selling various types of cold weapons.

Based on the law, it is a crime to carry cold weapons including Qama, sword, switchblade, cleaver, machete, brass knuckles, and other tools only used in physical conflicts and for harming other people.

Anyone who carries, imports and sells these weapons will also be fined, and the tools will be confiscated.

If anyone wants to possess such tools for sports activities, performances, training, self-defence, or need them for his or her job should obtain a licence, the law says.

During the session, Brigadier General Abbas-Ali Mohammadian, the chief of Tehran’s Criminal Police, stated that 60 per cent of murders during the past six months have been committed using cold weapons.