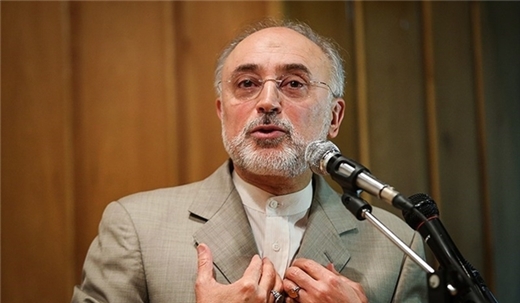 Salehi rejected allegations that Iran has done any military nuclear activity in the past, and called for an end to this issue within a political-technical framework.

Head of the Atomic Energy Organization of Iran (AEOI) Ali Akbar Salehi reiterated the necessity for the IAEA to come up with a conclusion and close the case involving allegations about Iran’s past nuclear activities by mid-December.

“Based on the agreement with Director General of the International Atomic Energy Agency (IAEA) Yukiya Amano, the issue of  PMD (Possible Military Dimension) should be resolved by December 15, i.e. the end of this year,” Salehi said on Tuesday.

“According to this agreement, the IAEA will present its report to the Board of Governors, while implementation of the Joint Comprehensive Plan of Action (i.e. the Vienna agreement) will continue separately from the results of this report,” he added.

Salehi underlined that Iran strongly rejects having done any military nuclear activity in the past, and wants the closure of this issue within a political-technical framework to prevent any possible future excuse-seeking.

In relevant remarks earlier this month, Amano said in uncertain remarks that his organization might eventually prepare a report on PMD by the end of 2015.

“With Iran’s cooperation, I think, IAEA can give a report on verification of the issue related to PMD by the end of the current year,” IAEA Chief said.

Iran has repeatedly urged that it wants an IAEA report to announce final results of its investigations about the PMD issue, reiterating that it does not want the PMD issue to remain open after a deal with the world powers.