Iran’s non-oil exports in the first seven months of the year have brought in over $27 billion in revenues.

Iran’s non-oil exports since the beginning of the Iranian calendar year (March 21, 2014) have increased 28 percent compared with the same period last year.

“The value of non-oil exports since the start of the current year has increased by over 28% compared with the same period last year,” Hossein Tajour, the director-general of the Trade Promotion Organization of Iran for Renovation and Administrative Development, told a forum in North Khorasan Province on Monday.

Noting that the technical-engineering, tourism, workforce and transit services constitute the bulk of Iran’s non-oil exports, he said the Asian countries have been the destination of 93% of the country’s exports this year.

Iran’s Customs Administration announced earlier this month that the country’s non-oil exports have witnessed significant growth in the first seven months of the year, bringing in over $27 billion.

It noted that 55 million tons of commodities have been exported during the same period. 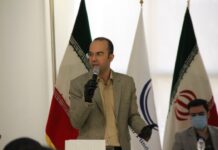