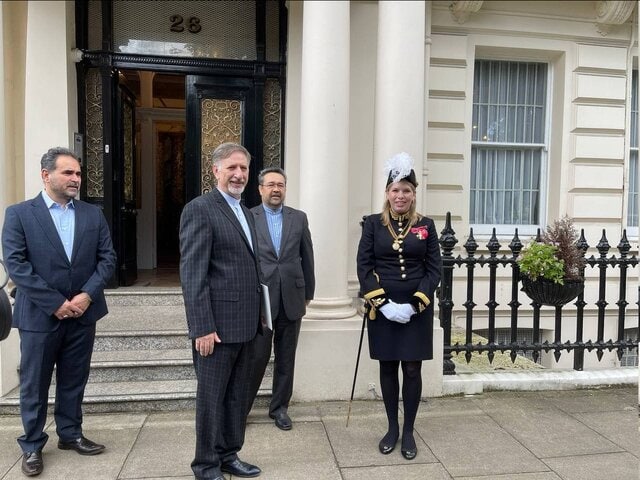 Iran’s new ambassador to London Mohsen Baharvand had a meeting with Queen Elizabeth II at the Buckingham Palace on Tuesday, July 6, 2021.

During the meeting, the Iranian ambassador presented his credentials to Queen Elizabeth.

Baharvand arrived in London on Sunday to replace Hamid Baeidinejad as Iran’s ambassador to Britain.