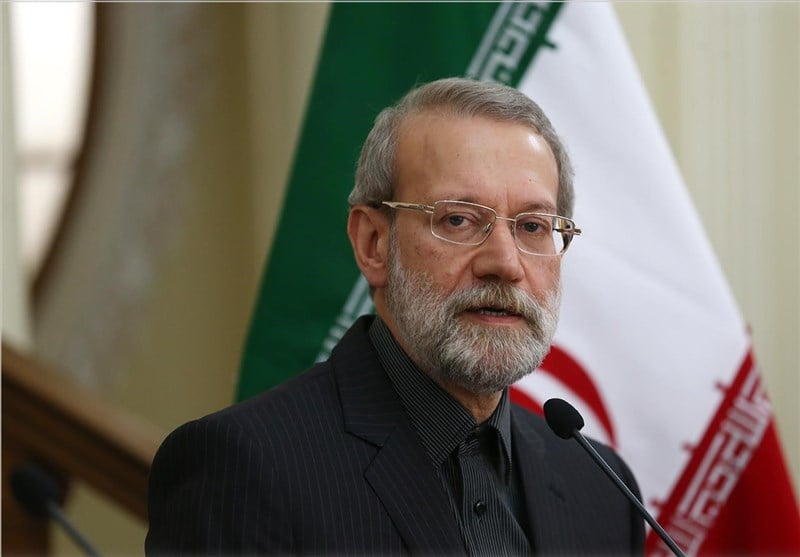 Iran’s parliament speaker says the European Union should no longer have any requests from Iran as their credibility has already been destroyed.

Ali Larijani said on Sunday that there are some problems which need to be solved, and the EU has thought of some solutions, but Iran still has not seen the results.

Speaking in a meeting with members of Austria-Iran Parliamentary Friendship Group in Tehran, Larijani hailed Vienna’s active role in the conclusion of the 2015 Iran nuclear deal.

“This agreement was sealed with your help and after the deal the level of business relations increased,” noted Larijani.

Iran accepted to negotiate the Joint Comprehensive Plan of action after the United States requested twice. So the talks got underway at the time of Barack Obama’s presidency, and a nuclear deal was reached, he added. 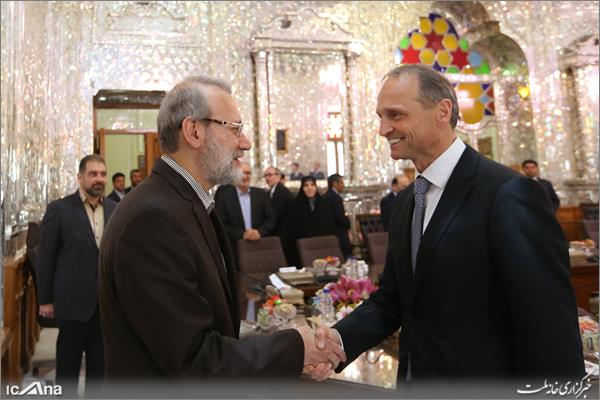 Larijani further said part of the deal was spoiled by Trump’s approach that eliminated US obligations, while the collaborations of the EU and other countries were stopped for unknown reasons.

“Europeans said the US is threatening the private sector. At the same time, the European leaders also emphasised that within a few weeks, they would create a mechanism for oil sale and economic relations, but it lasted almost a year.”

“At first, they stressed the economic transactions will be carried out through the Bank of France. Then, they spoke about the launch of the SPV, but eventually they launched INSTEX which did not yield a result. Now, the question is that why the European leaders and the EU just support us verbally and regret over the US behaviour just in words,” he underlined.

The Iranian parliament speaker maintained that even Austria, that used to buy oil from Iran, did not continue to cooperate.

Addressing the group, he said you may say there are problems due to the US pressures. “However, we look at the issue from our viewpoint, and the most important thing for us is that with these measures the credibility of the European Union has been questioned. So, this means the EU has no capacity to solve the problem.”

“However, we have to take a step, especially after the US decided to bring Iran’s oil exports and sales to zero. When the European Union did not react, we became more resolute,” he added.

This top Iranian official further underscored that the Islamic Republic increased its trade ties with Austria to $700 or $800 million, but now it is stopped.

“We will teach the Americans a lesson. They should know that they cannot put pressure on Iran and expect us to remain silent. The EU should not make any request because it has not done anything for us. So, more serious developments would unfold.”

For his part, the head of the Austria-Iran parliamentary friendship group said “the JCPOA has been one of the key issues over the past two years, so while I am presenting my country here today and I am seeking to achieve Austrians goals, I believe some things must not happen.”

Austria and the European Union looked at the process of US withdrawal from the nuclear deal with deep regret. Europe moves based on the old Greek-Latin principle, and this principle is based on the fulfilment of obligations, said Wolfgang Gerstl.

“Therefore, this is our most important task at this time; Europe and Iran, on the other hand, must continue to abide by their commitments and use the right to peaceful nuclear energy on one hand and fulfil economic obligations which leads to the prosperity and comfort of the people of both sides.”

“You referred to Vienna as the venue of the nuclear talks; an issue that has not been zoomed in on very much. We cannot establish peace in the whole world, but we were able to reach an agreement on a critical region to establish peace there,” stressed Wolfgang Gerstl.

“With this mechanism, we might find a way to continue cooperation,” he added.

Gerstl further noted international relations are interlinked in terms of economic and security, but it must be emphasised that the EU has no executive power over the state, especially in relation to economic enterprises. “As there is a free market economy in Europe; we can only facilitate the framework of relations,” he said.

“All Iranian banks have not contracts in accordance with international treaties and within the framework of anti-money laundering laws, he said, explaining that some of the companies had withdrawn from cooperation with Iranian companies before Washington’s withdrawal. Therefore, some European companies are not happy about this. However, the volume of exchange between Iran and Austria is indicative of the interest of both sides to move in the right direction.

Head of the Austria-Iran parliamentary friendship group also stated that Europe has had plenty of problems to set up the INSTEX, so it does not seem it did not have any intention to perform economic and financial exchanges.

“Unfortunately, with this European mechanism, we noticed a lot of our dependence on the United States, especially in financial issues, and we realised that we should make reforms in our domestic policies,” concluded Gerstl.