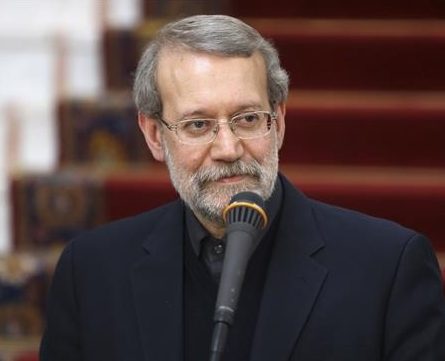 Iranian Parliament Speaker Ali Larijani has hailed the victory of democracy and national will over "a desperate bid" in Turkey to topple the country’s government through an military coup.

In a message to Turkey’s Parliament Speaker Ismail Kahraman on Saturday, Larijani offered many congratulations to his counterpart, members of the parliament, government and people in Turkey on the “victory of the nation’s will, national sovereignty and democracy over a desperate and doomed measure” against the country’s democratically-elected bodies.

“Events over past few hours showed very well that the nations’ vote, will and demand are decisive,” the Iranian parliament speaker said.

As an establishment which relies on people’s votes and demands as well as Islamic principles, Iran has always supported democratically-elected governments as well as their people and national sovereignty, he added.

Larijani said Iran’s parliament “condemns the military move against democratically-elected institutions, particularly the attack on Turkey’s parliament as the symbol of democracy and the nation’s will and demand.”

He reiterated that the Iranian government and nation would fully support the “Muslim people of the friend and brother country” of Turkey.

An attempted coup in Turkey was faltering on Saturday, hours after a faction of the military used tanks and helicopters in an ill-fated attempt to end the rule of President Recep Tayyip Erdogan and Prime Minister Binali Yildirim.

Erdogan and Yildirim appeared on television soon after the coup was launched, declaring an early end to the putsch.

The Turkish president, who faced down the bloodiest crisis during his 13-year rule, called on his supporters to stay on the streets to prevent a possible “flare-up” of the chaos.