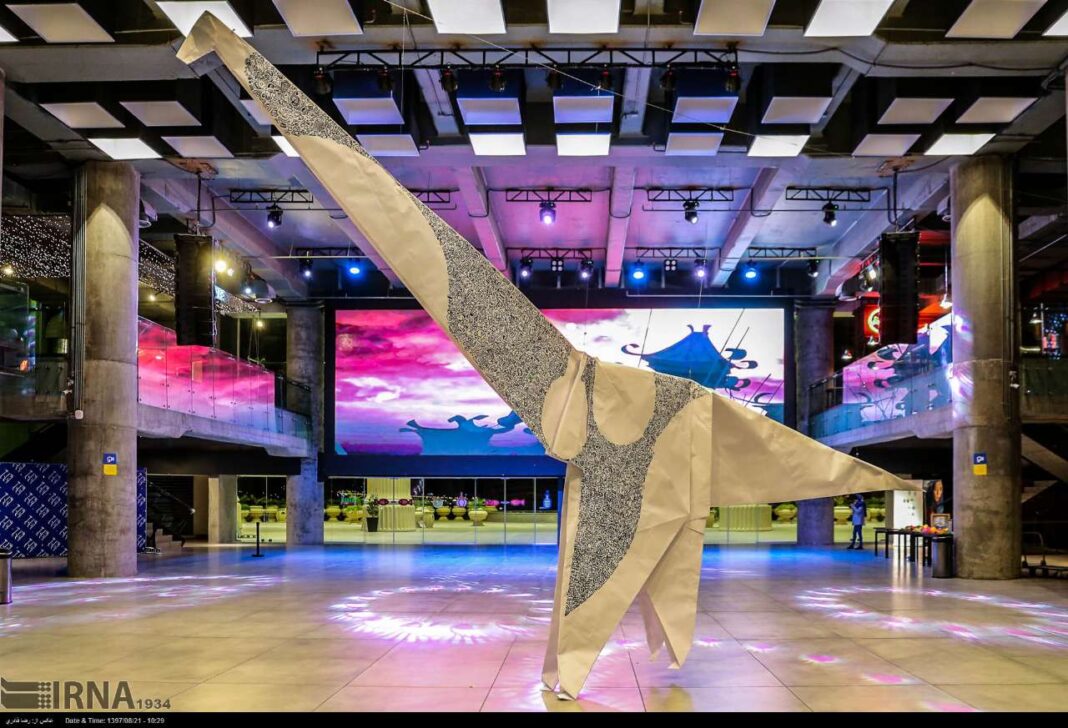 The city of Shiraz in southern Iran is hosting the country’s largest origami structure, which folds a huge dinosaur with a height of five metres.

The dinosaur has been put on display in Shiraz Sun City at a land of 100 square metres. The structure has been erected by 15 students from the Faculty of Art and Architecture at Shiraz University as part of a project headed by Reza Sarvari, a member of the Origami Society of the US.

Origami (from ori meaning “folding”, and kami meaning “paper”) is the art of paper folding, which is often associated with the Japanese culture.

On November 11, the Origami Day is celebrated in different parts of the world. In Japan, the art of folding paper has become a symbol of peace.

What follows are IRNA’s photos of the origami dinosaur of Shiraz: