A 99th issue of the weekly journal Tejarat-e Farda [Tomorrow’s Trade] out in early August had a column by the Project Manager of Zarshuran Gold Mine: Hossein Ghavanloo. What follows is the translation of the column which was titled “How does Zarshuran Produce Gold Bullions?”

Leaving behind a period when Iran was not equipped to extract gold from mines and mostly made investment in other mines, Iran seems to have enhanced its ability to explore and run gold mines over the last decade. Therefore I think a promising future is on the horizon. Given the amount of investment in this area, the estimated lifespan of this mine which stands at 20 years, the experience of Iranian experts, and ecological considerations, things will look up down the road.

The operation of the mine will give a 3-ton rise to Iran’s production of gold bullion. In other words, Zarshuran Mine will produce 10 kg of pure gold on a daily basis.

In terms of foreign investment in operating the mine, domestic investment stands at as much as 84 billion tomans, and an additional 15.2 million euros has been provided by foreign investors. On average, approximately 20-30 percent of machinery used in production line is imported from aboard and the rest is manufactured in Iran. The operation of the mine will give a 3-ton rise to Iran’s production of gold bullion. In other words, Zarshuran Mine will produce 10 kg of pure gold on a daily basis.

The mine has a proven reserve of at least 110 tons of pure gold. In the first phase of operations yearly production will amount to three tons and in the second phase it will rise to six tons. That means the mine’s lifespan is estimated to be 20 years. We hope that with further exploration activities, more untapped reserves will be located so that efforts to extract gold in Zarshuran, a region near the city of Takab in West Azerbaijan Province, can carry on.

As far as safety procedures are concerned, Zarshuran Mine is a surface mine and thus deals with fewer safety issues. The processing facility has addressed environmental problems and abided by safety regulations. In the process of bullion production, cyanide is used to treat gold concentrates. Oxidation and leaching processes produce some toxic gases too, that’s why we have considered the environmental concerns of the project. For instance, to prevent damage to the environment, we have invested as much as six billion tomans in Zarshuran tailings dam to preserve natural resources and the environment.

Iran’s gold production hovers around 2.5 tons a year and with the opening of this plant during Government Week, the country’s gold bullion production will see a two-fold rise.

The last point is that there are no official statistics about gold consumption or production in the country, because the only official figures belong to Mooteh Mine [in Isfahan Province] which is a state-owned facility. As for private mines like Agh Dareh Mine in the vicinity of Zarshuran, we have no official stats. Nonetheless, based on the figures released by the Ministry of Mines, Iran’s gold production hovers around 2.5 tons a year and with the opening of this plant during Government Week, the country’s gold bullion production will see a two-fold rise. 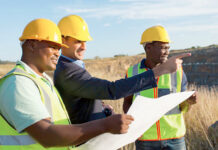 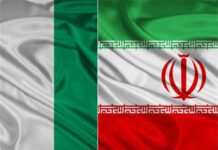