Iran’s IRGC Orders Navy to Target US Vessels If Harassed 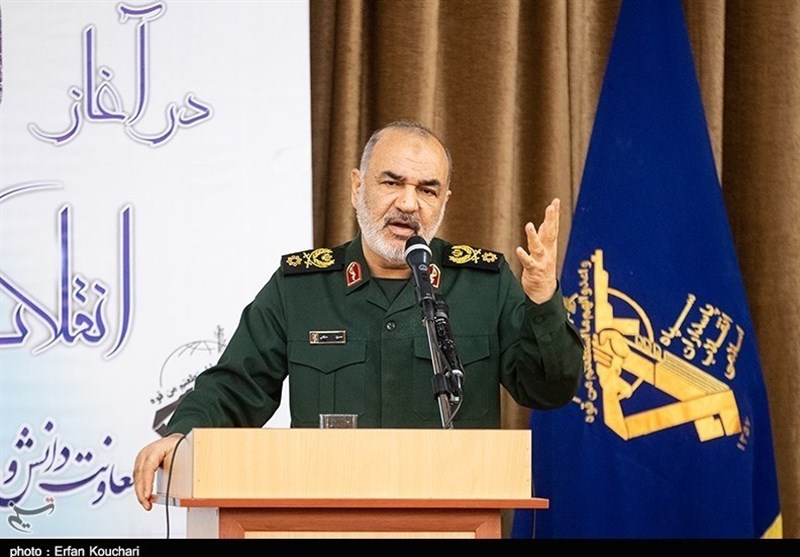 Commander of the Islamic Revolution Guards Corps Major General Hossein Salami warned the US against threatening Iranian vessels in the Persian Gulf, stressing that Iran is serious in defending its security, territorial integrity and maritime borders.

“We (warn) the Americans that we are fully determined and serious in defending our national security, maritime borders, maritime interests, maritime security and security of our forces at sea and any (wrong) move (by enemies) will meet our decisive, effective and prompt response,” Major General Salami said on Thursday, in reaction to the US officials’ recent threats.

He added that the Americans have seen Iran’s responses in the past and should take them as lessons.

The senior commander also stressed that the Americans’ unprofessional and hazardous behavior caused the IRGC Navy vessels’ confrontation with US vessels last week.

The remarks came after US President Donald Trump said he had instructed the US navy to destroy Iranian boats “if they harass” US ships in the Persian Gulf.

“I have instructed the United States Navy to shoot down and destroy any and all Iranian gunboats if they harass our ships at sea,” Trump said in a tweet on Wednesday morning.

On Sunday, the IRGC Navy released a video showing a recent confrontation between its forces and the US Navy in the Persian Gulf, refuting claims by the US that Iranian forces behaved in an dangerous manner when faced with US Navy vessels.

In its statement, the IRGC said the main source of mischief and insecurity in the region was the illegal presence of US terrorist forces in West Asia, reiterating the call for the full withdrawal of all American forces.

“They must be sure that the IRGC Navy and the powerful Armed Forces of the Islamic Republic of Iran consider the high-risk behavior of foreigners in the region as a threat to their national security and a red line, and will give a decisive response to any miscalculation on their part,” the IRGC statement said.

Iranian vessels belonging to the IRGC Navy commonly patrol the Persian Gulf and the Sea of Oman to ensure the security of the vital global energy hub.