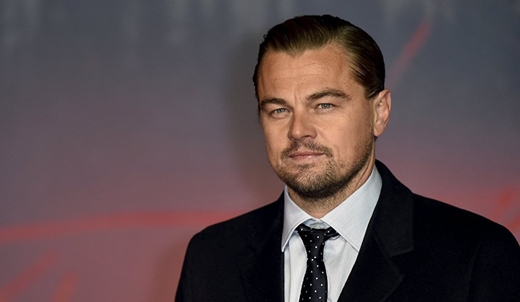 After the famous Hollywood star Leonardo DiCaprio posted a warning message on his Instagram account, the Urmia Lake Restoration Program (LURP) invited him to visit the dried-up lake in northwest of the country.

The actor posted a picture of the lake and wrote the following under it on his Instagram page. 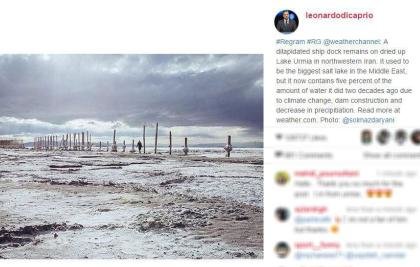 “A dilapidated ship dock remains on dried up Lake Urmia in north-western Iran. It used to be the biggest salt lake in the Middle East, but it now contains five per cent of the amount of water it did two decades ago due to climate change, dam construction and decrease in precipitation,” DiCaprio wrote on his page.

Now, the ULRP has invited the American movie star to visit the place.

Worried about environmental issues, DiCaprio set up the Leonardo DiCaprio Foundation in 1998, to promote environmental awareness and later in 2014, and was later appointed as a United Nations representative on climate change.

DeCaprio’s move was welcomed by many environmentalists, climate change activists, and Iranian figures. Gary Lewis, the UNDP Resident Representative and UN Resident Coordinator in Iran, Mahnaz Afshar, a renowned Iranian actress, and Seyyed Hadi Bahadori, an MP from Urmia constituency and a member of one of the projects of reviving the lake were among those who welcomed the move.

An endorheic salt lake between two Iranian Azerbaijan provinces, Lake Urmia was, at its full size, the largest lake in the Middle East and the sixth largest saltwater lake on the earth with a surface area of approximately 5,200 km².

Home to migratory birds like flamingos, pelicans, ducks and egrets, the lake along with its once approximately 102 islands, is protected as a national park by the Iranian Department of Environment.