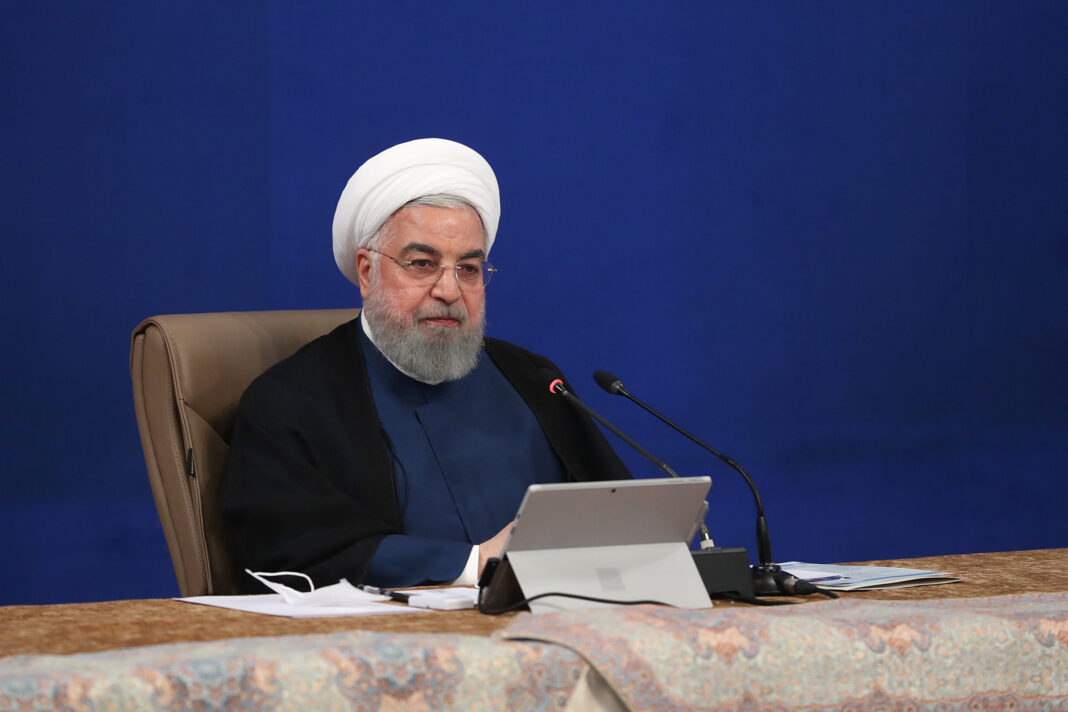 President of the Islamic Republic of Iran Hassan Rouhani has highlighted his administration’s major achievements in the oil, gas and petrochemical industries, saying the country’s natural gas delivery system is globally unique.

In remarks at a videoconference, held on Monday to inaugurate three major energy projects in Iran, President Rouhani said his administration’s great achievements in the oil and gas sector would serve the Iranian nation and the next administrations.

“This administration has done great jobs in the oil and gas industries and in the joint fields,” he noted, adding that all but one of the phases in the South Pars gas field have come on stream and Iran has become self-sufficient in producing gasoline and diesel.

The president also said his administration has increased gas extraction from the joint gas fields by 2.5 times, while the crude output from the common oilfields has risen by around 6 times.

The oil output at the joint oilfields has increased from 70,000 to 400,000 barrels per day, President Rouhani stated, adding that the daily gas production has also reached one billion cubic meters.

The administration has connected 17,000 villages to the national gas network and runs at least 89 power plants with gas, he added.

Natural gas has great significance in the country, the president stressed ,saying Iran consumes around 800 million cubic meters of gas in the wintertime, which is equivalent to 5 million barrels of oil.

The president finally pointed to Leader of the Islamic Revolution Ayatollah Seyyed Ali Khamenei’s emphasis on preventing the sale of raw materials, saying the administration has taken proper measures in constructing petrochemical plants.