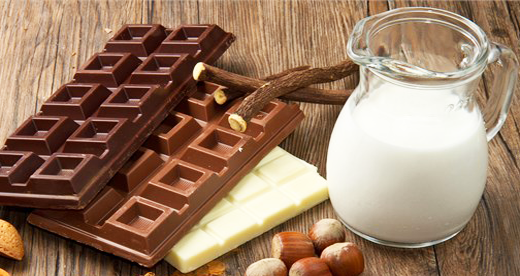 Since the Iranian food industry is operating at 40 percent of its full capacity, plans to boost food exports seem to be necessary.

The huge untapped potential of Iran’s food industry and a favorable regional market lend additional significance to food exports and give momentum to the country’s drive to secure self-sufficiency.

According to a report by the Iranian government on its performance over the last two years, food exports have been up 27 percent, while imports of foodstuff have dropped 9 percent.

It is worth noting that progress across the food industry has been anything but consistent. For instance, dairy products along with chocolate and confectionary account for over 50 percent of food exports, while the vegetable oil industry which once had high potential now meets merely 10 percent of the domestic needs and the rest is imported from abroad.

Experts believe that on top of setting objectives, supportive regulations are key to consistent progress in the food industry and fulfillment of its objectives.

The following is the translation of an excerpt of a report about Iran’s food industry SMT daily published on September 5:

In this industry raw materials account for most of imports and the dairy industry has had the least amount of imports over the last two years, said Secretary of Food Industries Association of Iran Kaveh Zargaran.

He added, “The dairy industry is at the forefront of food exports with a 28 percent share.”

Zargaran said that presently, the food industry is operating at 40 percent of its capacity, adding, “When it comes to food exports, Iran is heavily dependent on Iraq. In light of the good relations Tehran has established with Moscow, we can dedicate a noticeable share to Russia in order to boost our exports. Russia imports 70 percent of its food and agricultural raw materials from abroad and because of strains in Russia-EU relations, a great opportunity has arisen for Iran to capture a larger share of the Russian market.”

He went on to say, “Russia imports over $4 billion in dairy products and Iran is capable of meeting the Russian need. In other areas such as chocolate, confectionary and agricultural raw materials, Iran has tremendous potential, too.”

The secretary of the Food Industries Association said that in order to fulfill the objectives of the food industry, finding our way to new markets must top our agenda.

Meanwhile, Abolhassan Khalili, a member of the association, said, “At present, Iraq and Afghanistan are major importers of Iran’s food products.

Without doubt, following the removal of sanctions, Iran can launch cooperation and establish mutual relations with more regional and international companies and thus have robust economic relations with countries across the world. We can raise the volume of exports if production is viewed from a competitive angle.”

On Iran’s potential for attraction of foreign investment to bolster exports, he said, “Given Iran’s easy access to high seas [which translates into easy transport of exports] and the borders it shares with 10 countries, Iran can be a great opportunity for foreign investment in the food industry whose infrastructure is in favorable conditions.”

Khalili went on to say, “With the establishment of new plants to complete the production chain, particularly in the packaging industry, we can promote the volume of food exports. We also need to pursue targeted investment to minimize the risk of losses.”

Since the Iranian food industry is operating at 40 percent of its capacity and the great market potential of neighboring countries, especially Russia, plans to boost food exports seem to be necessary.

To that end, steps must be taken to clear the hurdles in the way of production and exploit the untapped potential. A hands-off approach to the food industry, particularly when it comes to the pricing of raw materials, can render food exports more competitive.