Iran’s FM: Violence has no place in Islam, unacceptable to Muslims 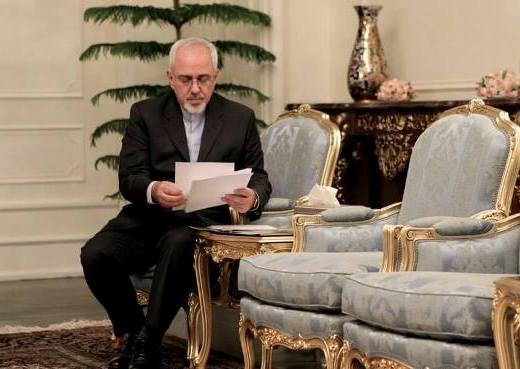 “Considering the institutional capabilities of the United Nations, I tend to remain hopeful that the UN and its capacity and mechanisms can be brought to bear” on such an important issue, Zarif said.

Iranian Foreign Minister Mohammad Javad Zarif, in a letter to the UN secretary general, warned against the spread of Islamophobia after recent terrorist attacks in Paris, saying that such “senseless resorts to violence” has no place in Islam and its teachings.

“The fact that such senseless resorts to violence has no place in Islam and its exalted teachings, nor acceptable to Muslims, is not in doubt; notwithstanding the campaign by the perpetrators [and] promoters of Islamophobia [who] try [to] depict it (Islam) otherwise,” Zarif said in his January 29 letter to Ban Ki- moon.

In his letter, Zarif has also attached the recent message sent by the Supreme Leader of the Islamic Revolution to the youth in Europe and North America.

On January 21, Supreme Leader of the Islamic Revolution Ayatollah Seyyed Ali Khamenei wrote a letter asking the European and North American youth not to judge Islam based on the recent terrorist attacks in Paris.

The full text of the foreign minister’s letter is as follows:

I wish to draw your kind attention to the quite unsettling and pervasive manifestations of Islamophobia, which have further escalated in the aftermath of the recent terrorist acts in Paris. The unjustifiable killings by members of an infamous violent extremist group – whose raison d’etre and emergence recently as a player in our region is known to all – have been condemned by the Muslims across the globe, in clear and unequivocal terms, including governments, religious institutions and authorities, civil society and prominent individuals. The fact that such senseless resorts to violence has no place in Islam and its exalted teachings, nor acceptable to Muslims, is not in doubt; notwithstanding the campaign by the perpetrators [and] promoters of Islamophobia [who] try [to] depict it otherwise.

The issue for us, in the Islamic Republic, and in the larger Muslim world, is the prevalence of double-standards when it comes to the question of the proclaimed defense of the universally respected principle of the ‘freedom of expression’. You might find this of interest that in 2008, a cartoonist of the same magazine was instructed by the magazine’s editor to write a letter [of] apology for what was perceived to be anti-Semitic; and was summarily fired once he refused.

No such approach and resolve has ever been seen in the case of frequent frivolous caricatures defaming Muslim and desecrating Islamic values, which appeared in that magazine and other similar publications in Europe; leading to exacerbated tension with the Muslim community in France and the Islamic world. As we all have ruefully witnessed in recent times in various societies in the Western world, whether by political quarters and personalities, the media, or the virtual world, open assault on the religious values of Muslims, be it the person of Prophet Mohammad (PBUH), the Holy Qur’an or the Islamic teachings and values has regrettably become the order of the day.

This inherently dangerous phenomenon poses [a] serious threat to international peace and security, and the acutely needed ambiance of humane, peaceful inter-state and inter-people relations and the requisite recourse, by all, to dialogue, understanding and tolerance between and among the plurality of ethnic, religious and racial communities in our world today.

Beyond the immediate and necessary action to denounce and condemn acts of verbal or physical violence, the West and Europe in particular now needs to undertake a soul-searching exercise as to the underlying reasons why quite a sizeable number of individuals and groups espousing extremist ideologies and engaged in acts of brutal terror and heinous violence, in Europe and on a much bigger scale in Iraq and Syria, happen to be second generation Europeans.

This rather bizarre and seemingly inexplicable phenomenon cannot be a mere coincidence, nor can it be easily dismissed or pushed under the rug; it is part and parcel of the current European political landscape. It betrays signs of a deeper socio-political malaise in the societies concerned, and especially in the policies in place as regards Muslim minorities and their values and sanctities.

Recent analyses, prompted in large measure by the high rate of terrorist recruitments in Europe and North America, point in the direction of systematic failure of these societies, which has led to marginalization, alienation and disenfranchisement of these communities and their members, most notably the second generation, born, raised and educated in Western societies. It is bewildering, and equally frightening, that Da’esh terrorists, beheading innocent civilians and dangling with self-satisfying depravity the heads of the murdered hostages just happen to be speaking European languages with native accent. Pointing fingers of accusation towards others, whether Muslim countries, certain governments whose policies and politics might be found disagreeable, or much worse, Islam as a faith, even if politically-correct domestically and of instantaneous or short-term benefit, is simply unconvincing, and incapable of addressing serious problems at the societal, and now global, levels.

In writing this letter, Mr. Secretary-General, I do not intend to lament obvious manifestations of double-standards or find fault with highly-sanctioned policies by this or that Western government or society. Rather, I share this concern with you with a more serious objective in mind. Considering the institutional capabilities of the United Nations, and as a career multilateral diplomat who still believes in the substantial potentials of the Organization, I tend to remain hopeful that the UN and its capacity and mechanisms can be brought to bear on an issue of immense international impact and reverberations. Two Iranian proposals, adopted by the General Assembly of the United Nations on Dialogue Among Civilizations (A/Res/56/6) and World Against Violence and Extremism (WAVE) (A/Res/68/127) can provide appropriate institutional framework for this endeavor. More recently, in a message that I have the privilege to enclose, Ayatollah Khamenei has taken the lead in initiating dialogue with the youth in the West on this cardinal issue.

I strongly believe we urgently need to draw on our collective wisdom, at the level of the entire international community, to explore practical ways and means in this regard.

Looking forward to being advised of your resolute initiative, and underlining my readiness for further exchange of views on this topical issue, allow me, Mr. Secretary-General, to assure you of my highest consideration.