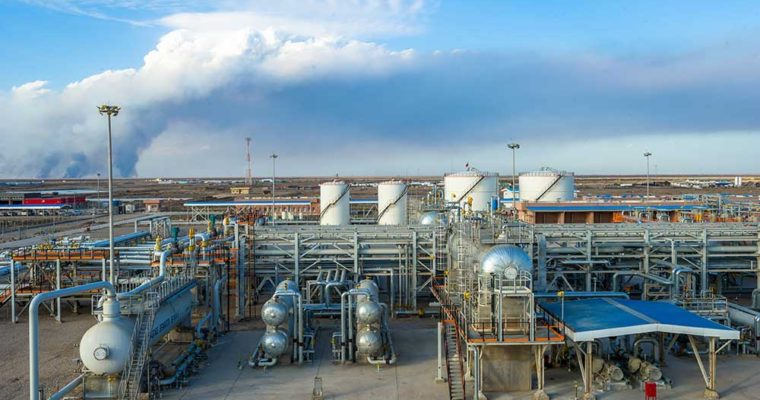 Iran’s employment of Chinese contractors, rather than Western firms, for the development of its joint oilfields has been criticized by energy experts, particularly now that Iraq has speeded up its output from the oilfields it shares with Iran.

According to a report by SMT newspaper, as translated by IFP, the days of cheap, highly-efficient oil production are over; the formation of consortia of leading multi-national companies to develop cheap fields indicates that decades of production at the fields have turned them into brown fields in need of pricey enhanced oil recovery methods for preserving their output level.

Enhanced Oil Recovery (EOR) methods help pump out the remaining crude from underground deposits of old oilfields. The fields Iran shares with neighbouring Iraq in the West Karoun region are ones that need to be developed using EOR technologies right from the time the development begins.

The reason is that Iraq has been extracting oil from the fields for a pretty long time already, rendering the fields old and not leaving much for Iran. In return, Iran is primarily relying on Chinese contractors like the CNPCI to develop its share of the reserves.

The Chinese have always been present in the region and despite the fact that they were once expelled from Azadegan development project, one of the fields in the West Karoun region, they are now entrusted by Iranian officials with the development of the field as a member of the consortium of CNPCI and France’s Total.

CNPCI was expelled from Azadegan oil field development project in 2014 while it has long been busy pumping oil from Iraq’s share of the field. It would be fair to say that Chinese developers use Iran as a Guinea pig for trying new techniques and gaining experiences to use them in other parts of the world.

Entrusting major projects to Russian, Korean and Chinese companies without the partnership of such giant companies as Shell and Total would be a mistake

Iranian authorities keep justifying CNPCI’s presence in Iran, saying it has proved useful in North Azadegan development project and blaming their contractors in South Azadegan project for foot-dragging on the project. But the important fact here is that Chinese, Russian and Korean oil firms are never as sophisticated as companies like the Total, BP and Shell in oilfield development projects; therefore, entrusting major projects to Russian, Korean and Chinese companies without the partnership of such giant companies as Shell and Total would be a mistake.

Formation of consortia with such oil giants seems to be a logical strategy to accelerate the development of Iran’s oilfields; this is exactly what Iraq has done to develop its fields. But this is not the end of the story. Engaging Chinese developers in West Karoun development projects would be only a move to erase the problem instead of solving it. Their record is not one to be proud of and has caused so many economic troubles for Iran so far.

As Iraq is stepping up efforts to maximize its oil output from Majnoon oilfield, which is shared by Iran, and has set the target of 8.1mbd of crude oil production from the field by 2018, Iran is developing the four fields it shares with Iraq in the region.

Azadegan oilfield is being developed in two sections: North Azadegan and South Azadegan. Oil production in the former has started with nearly 20,000 b/d of output and targeted to produce 75,000 b/d once fully operational. South Azadegan is currently supplying 50,000 b/d. Once drilling operation in the southern section of the field is over, some 60,000 b/d will be added to its output.

“A consortium of developers in the Iraqi section of the field had estimated the block’s oil output would rise to 1.8mbd but seismic analyses of the fields as well as further appraisal studies indicated that the field would be developed for production of nearly a million barrels of oil per day, of which 170,000 to 200,000 b/d are currently being recovered from the field.”

Even though Iran has just begun considering adoption of EOR technologies for oil recovery from Azadegan oilfield, Iraq in 2010 signed a 20-year contract with a consortium comprising Shell, Petronas and the Iraq National Oil Company for development of Majnoon oilfield. The initial plans for development of the field had considered an estimated output of 1.8mbd of crude oil from the field. Production of the field began at 175,000 b/d but since 2013, Iraq has been extracting 210,000 b/d of crude from the field.

According to a report by Reuters, Iraq began direct export of crude from the field on April 8, 2014. Iraqis say the field holds 25 billion barrels of oil-in-place while the number for Iran’s share of the fields is estimated at 6.5 billion barrels in North Azadegan and 6.25 billion barrels for South Azadegan. Shell has promised to bring crude oil production from Majnoon to 8.1mbd by 2018 and would charge Iraq $39.1 for every oil barrel it extracts from the field. However, in Iran, the projects for development of the fields have been repeatedly delayed. Iran has defined the South Azadegan development project in two phases with 320,000 b/d of ultimate output in the first phase. Currently the country is pumping 50,000 b/d from the phase while authorities keep announcing that the production is currently at 80,000 b/d in this phase which will reach 110,000 b/d by the end of this calendar year. Iran has so far announced no timetable for how it will reach the targeted 320,000 b/d at the current phase. Once Phase II become fully operational, production from the field will reach 600,000 b/d.

Although most observers view Chinese developers as the main cause of delayed development of West Karoun fields, Esmaeil Gholampour, the caretaker of North Azadegan development project, underlines CNPCI’s success in the North Azadegan project.

He says it was the world’s first company in 2015 in terms of annual revenues by making $289 billion.

The Chinese energy giant employs various contractor for fulfilling its projects and the team of contractors it employed for developing South Azadegan was a failure, says Gholampour.

CNPCI has increased the production of North Azadegan to 75,000 b/d and has so far recovered a total of 3 million barrels from the field.

It is not yet fully clear why the development of West Karoun fields has taken so long. Iran is currently recovering 110,000 b/d of light and heavy crude from Yadavaran oilfield. Iraq, on the other hand, is producing 50,000 b/d from the same field.

Darkhovin oilfield is one the most important fields of the region whose phases I and II have been developed and is supplying 160,000 b/d. Azar and Changouleh fields, located in Anaran block near Mehran county, are also being developed by Iraq by a consortium of Malaysia’s Petronas, Russia’s Gazprom and the Iraq National Oil Company. The fields’ early production stands at 60 to 70,000 b/d on the Iraqi side; Iran is planning to pump out 30,000 b/d from the fields by late-March 2017.