Iran’s Exports to US Increase by 450 Percent 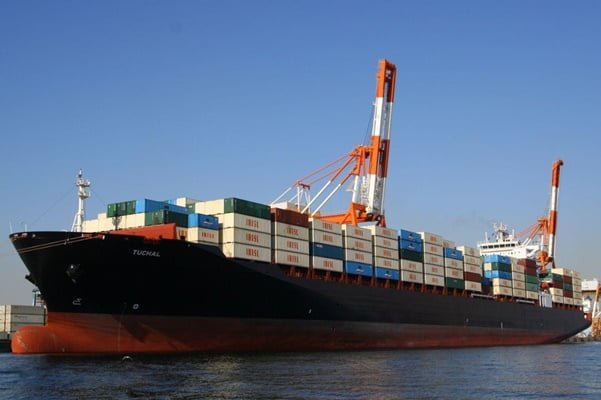 New figures reveal that the volume and value of Iran’s exports to the US has increased by 450 percent and 333 percent respectively.

The Director of the Exports Bureau of the Trade Promotion Organization (TPO), Mahmoud Bazari, says at present most of the agricultural and food brands in Iran export their products to the US.

However, he said, we hope that companies active in this field won’t face any serious problems due to the fallouts of the US withdrawal from the Iran nuclear deal, a report by Khabar Online said.

Bazari said the TPO is now working on exporting further agricultural products to the US markets, adding the exports have great added-value for the Iranian brands.

He went on to say that the TPO has already begun exporting some dairy products to the US including ice cream.

He also said Iranian brands in various areas have been exporting their products to the US since a long time ago through third countries like Mexico, Canada and European states.

“For the time being, a number of Iran’s leading agriculture and dairy brands have a good share in the US market,” he noted.

Bazari said despite the fact that the US is a far market, the added value of products exported to the country has turned it into a good target market for the Iranian brands.

During the first month of the current Iranian calendar year (mid-March to mid-April), the volume of Iran’s exports to the US hit 77 tonnes, and its value stood at $1.311m, and this shows 450% and 333% increases, respectively, compared to the previous year.

Iran’s imports from the US hit 2,514 tonnes worth $7.477m in the first month of this Persian year which compared to last year’s corresponding period show a 215 percent and 150 percent respectively in terms of volume and value.

As part of its withdrawal from the deal, the US administration has pledged to re-impose sweeping sanctions against Iran with immediate effect. That effectively blocks new contracts with Iran and business operations in the country.

But the US has gone further by saying it will also require companies to “wind down” existing contracts with Iran in either 90 days or 180 days. After August 6, the US will re-impose curbs on Iran’s purchase or acquisition of US dollars, as well as any global trading in Iran’s gold, coal, steel, cars, currency and debt, plus imports of Iranian carpets into the US.