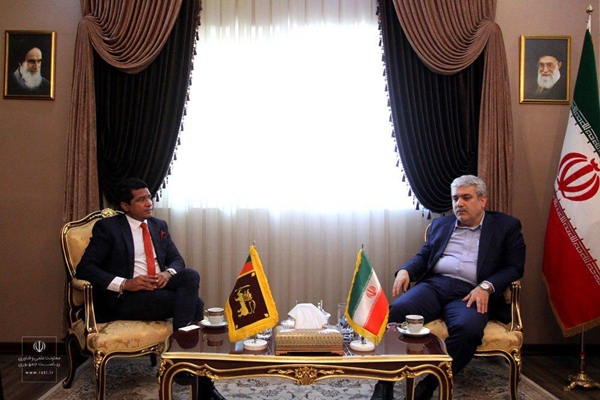 Sri Lanka’s Minister of Science, Technology and Research Sujeewa Senasinghe describes Iran’s scientific and technology development model as unique, adding there is tangible difference between Iran’s model from that of other regional states.

Senasinghe made the remarks in a meeting with Iran’s Vice President for Scientific and Technology Sorena Sattari in Tehran on Tuesday.

“Sri Lanka is interested in establishing cooperation with Iran in the related areas and take advantage of Iran’s experiences in scientific, technological and innovation areas,” he was quoted as saying in a report by dolat.ir, the government’s official news website.

He went on to say that Iran is a strong player in science and technology area and added bilateral relations between Iranian and Sri Lankan knowledge-based firms can pave the way for further mutual ties between the two sides.

For his part, the Iranian vice president cited referred to environmental innovation as an appropriate ground for further ties between Iran and other states and added Iran has had a great record in the development of knowledge-based firms.

“Some of Iranian knowledge-based firms involved in environment and medicine projects have large exports to the regional states,” he said.

Sattari went on to say that Iran and Sri Lanka have good capacities for further expansion of ties in scientific and research areas.

During the talks, the two sides also discussed ways to accomplish projects envisaged during earlier negotiations. They also exchanged views on setting up new joint laboratories.