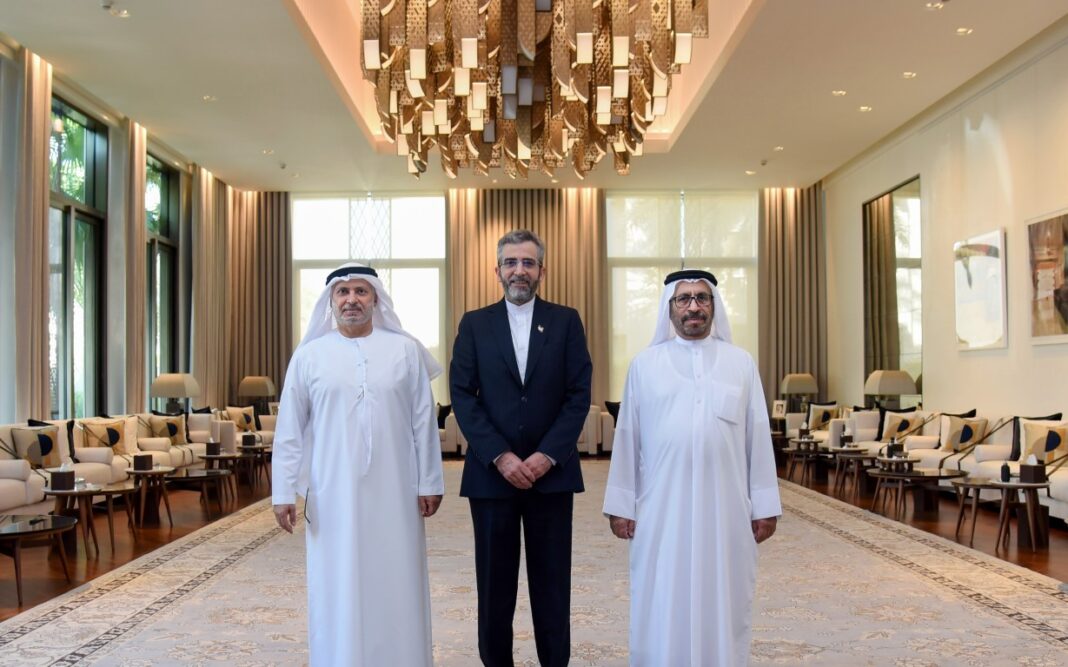 It said Bagheri, who is Iran’s deputy foreign minister, met with the diplomatic adviser to the UAE president, Anwar Gargash, and Emirati minister of state for foreign affairs Khalifa Shaheen Almarar.

The discussions stressed the importance of strengthening relations “on the basis of good neighbourliness and mutual respect”, working for greater regional stability and prosperity and developing bilateral economic and commercial ties, WAM added.

Gargash has stated the UAE was “taking steps to de-escalate tensions with Iran as part of a policy choice towards diplomacy and away from confrontation”.