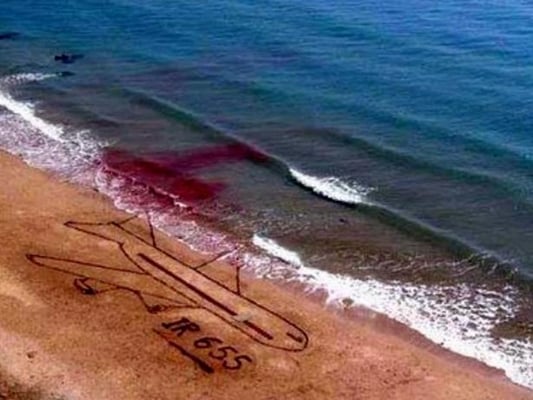 Iran’s Foreign Ministry Spokesman Bahram Qassemi has commemorated the 30th anniversary of the downing of an Iranian civilian plane by the US Navy over Persian Gulf waters, saying the nation would never forget the “terrible” crime committed by Americans.

“Today is the 30th anniversary of the terrible crime by the American warship USS Vincennes, which targeted Iran’s Airbus passenger plane and martyred 290 passengers and crew members, including 66 innocent kids,” he said in a Tuesday statement.

“Years after this appalling tragedy and brutal operation, its pain is still burning and it remains a stain on the reputation of the US which is not afraid of committing flagrant violations of international norms, rules and customs,” he said.

What testifies to this attitude is the fact that the US government not only refused to express regret over the incident but decorated the commander of the USS Vincennes with a medal, he added.

Qassemi said the US’ behaviour towards the Iranian nation and other nations clearly shows that Washington has always been a pioneer in making inhuman moves to reach its ominous goals and its claim of advocating human rights is just a pretext for bullying others and advancing its illegitimate interests.

The spokesman said the Iranian nation pays tribute to those innocent souls and express sympathy with their families.

“Undoubtedly, this heinous crime is recorded in the memory of the great and brave people of this land and will never be forgotten,” he said.

Iranians annually mark July 3, the anniversary of the tragic incident, by showering the site of the disaster in the Persian Gulf with flowers.

Washington claims the ship mistook the large Iranian passenger plane for a relatively small fighter jet that intended to target the Vincennes.