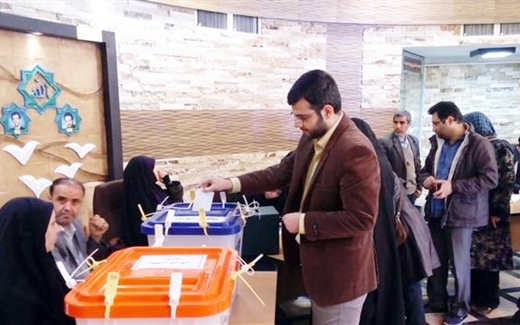 Iranians vote in two crucial elections as the country looks to a post-sanction period to rebuild its economy and shape its relations with the outside world.

Leader of the Islamic Revolution Ayatollah Seyyed Ali Khamenei said the elections have an added importance as he cast his vote in the opening hours of the voting at a polling station in downtown Tehran on Friday.

“Elections are always important but in certain junctures they have more importance,” Ayatollah Khamenei said.

As the polls opened at 8:00 local time (0430 GMT) long queues formed in the capital Tehran, our correspondents reported. Iranian news agencies also reported high turnout elsewhere in the country of 80 million, where 55 million people are eligible to vote.

Ayatollah Khamenei called on all Iranians to participate in the elections, saying “voting is both a right and a duty.” 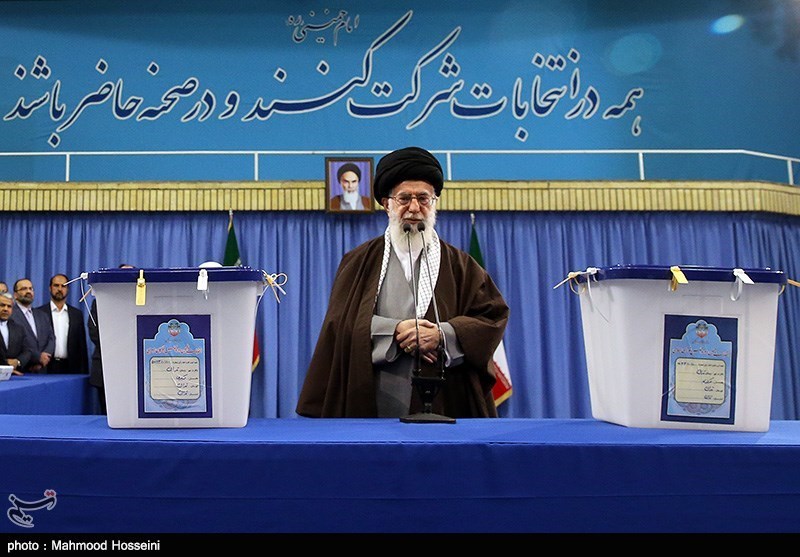 A burning issue on the minds of many Iranians is the economy which found center stage during a week of campaigning by candidates.

Most of the 4,844 candidates, including about 500 women, opted to get down to brass tacks on their campaign trails, including a nagging stagflation. The official unemployment rate stands at 10 percent and inflation hovers around 15 percent.

The elections are the first since Iran clinched a landmark nuclear agreement which has generated both hopes and worries in the country. Iranians have had to temper their expectations amid warnings that the West’s uncompromising ways with the country are far from over.

“Our enemies have their covetous eyes trained on Iran. People are advised to vote with discretion and foresight and disappoint the enemies,” Ayatollah Khamenei said.

The Leader advised voters to participate “in this great task with the intention of generating additional dignity and full independence for the country.”

The impact of the deal has yet to be felt on the streets as international companies are jockeying for position for trade with Iran. Moreover, the US administration is keeping most “primary” sanctions against the Islamic Republic in place.

“We are worried about the numerous (Western) companies that are constantly travelling to Iran since the nuclear agreement,” Golamali Hadad Adel said on Wednesday.

“This country should not turn into a market for the consumer goods of alien forces,” he added.

A former parliament speaker, Hadad Adel leads the main principlist faction in the elections against reformists vying for seats under the leadership of Mohammed Reza Aref, a former vice president.

Any new legislation must pass through the Parliament; hence, the elections matter to the president to press ahead with his plans.

“I have no doubt that the Iranian nation will create another epic at this important juncture,” President Hassan Rouhani said as he cast his ballots in Tehran.

The president called elections as “a symbol of Iran’s independence and national sovereignty,” saying the government will spare no efforts to protect people’s vote and ensure healthy and legitimate elections.

In the capital Tehran, some 1,000 candidates compete for 30 parliamentary seats. Five seats also go to the religious minorities recognized in the Iranian Constitution, namely Jews, Christians and Zoroastrians.

Among the main tasks of the legislative body are introducing legislation, dismissing the president and cabinet ministers through no-confidence votes, approving annual national budget and ratifying international treaties.

In the simultaneous vote on Friday, Iranians will also select 88 senior religious figures of the Assembly of Experts, which is tasked with appointing the Leader and monitoring his performance.

A week of heated election campaigns came to a close on Wednesday night. Interior Minister Abdolreza Rahmani said opinion polls and estimates showed the turnout would be at around 70 percent.

Rahmani Fazli added that the vote counting will begin as soon as the polls are closed.

“All necessary measures have been taken in various parts of the country in preparation for vibrant elections, and no security issues have been reported,” he said.

He pointed to special features of the ballots being used in this year’s elections, saying they have been designed in a way to lower the chances of fraud.

There are 52,000 polling stations with 120,000 ballot boxes across the country, according to the Iranian minister.