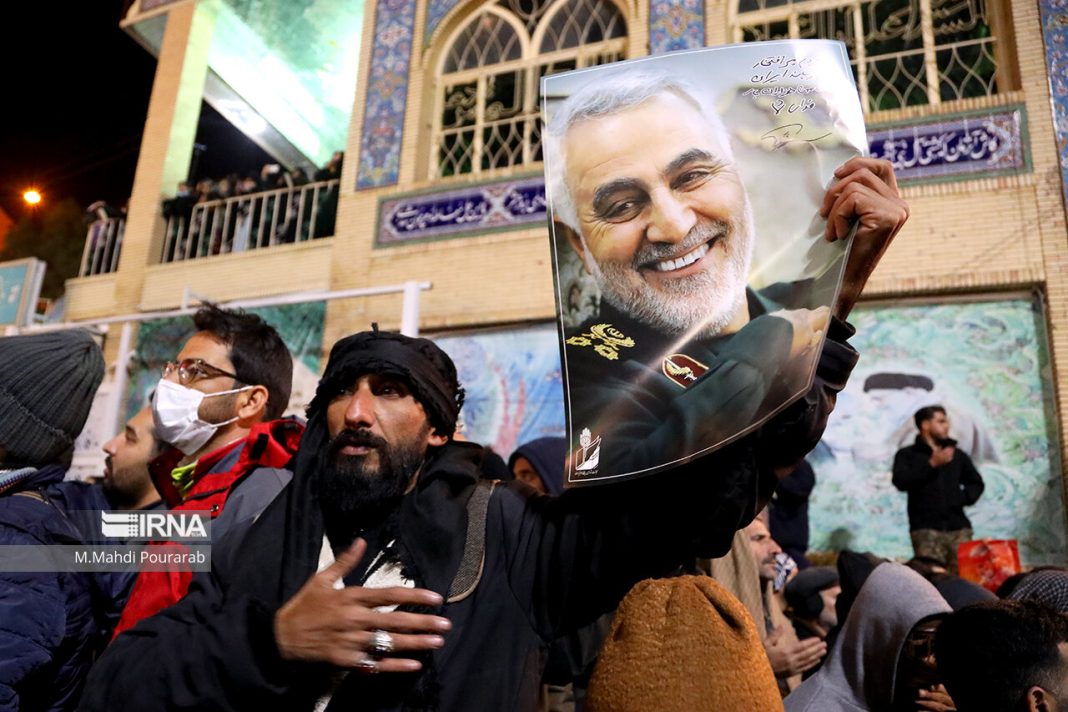 Large groups of Iranian mourners gather at the burial place of Lieutenant General Qassem Soleimani, who was assassinated by the US in early 2020, to pay tribute to the iconic anti-terror commander on the third anniversary of his martyrdom.

Photos and footage went viral of the massive gathering held near General Soleimani’s burial place after midnight in the city of Kerman.

Similar gatherings were also held in Tehran and other cities as well as in neighboring Iraq in honor of the general.

The late commander of the Quds Force of Iran’s Islamic Revolution Guards Corps (IRGC), was assassinated along with his companions, including Abu Mahdi al-Muhandis, the second-in-command of Iraq’s Popular Mobilization Units (PMU), in a US drone strike on January 3, 2020.

The strike, which was carried out near Baghdad International Airport, was ordered by then US-President Donald Trump.

Soleimani and Muhandis were highly revered across the region for their fundamental role in defeating Deash, a notorious terror group.