Iranians Inspired by Imam Hussein in Confrontation with US: Rouhani 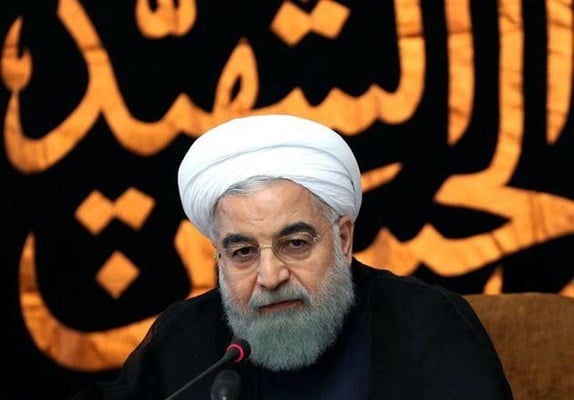 Iranian President Hassan Rouhani says the nation will resist against the bullying US in the same way as Imam Hussein, the third Shiite Imam, resisted against tyrant ruler of time Yazid, and they won’t cave into escalating pressure by Washington.

Speaking in a cabinet session on Wednesday, Rouhani said Iran faces an economic war imposed by people who respect no rule, but Iranians hold exemplar morale and take Imam Hussein as their model.

Rouhani was referring to Hussain bin Ali, a grandson of Prophet Muhammad who was martyred by Yazid bin Muawiyah’s army in the Iraqi city of Karbala in 7th century AD after he refused to accept the former to attain the caliphate.

According to a report by the government’s official website (dolat.ir), Rouhani also said the US is sidelined in the international arena and is in its worst conditions in years.

He said pundits inside the US are overwhelmingly opposing the US administration and the country’s traditional allies are distancing themselves from Washington.

“We are in war against the history’s aggressors. Today, people have stood against the Iranian nation who have no political and intellectual backers, except for a few countries, and have created the worst conditions inside their country,” he said.