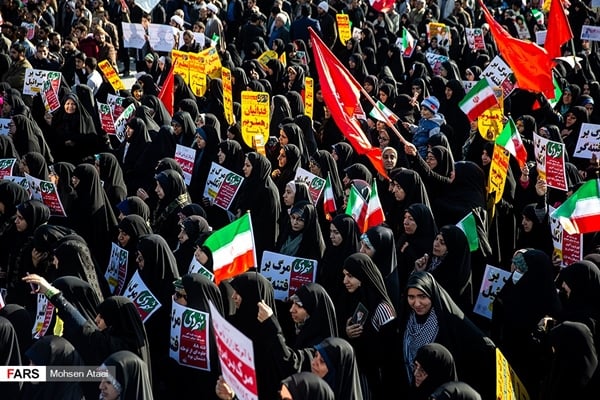 A huge crowd of Iranians took to streets in Tehran and other major cities to commemorate the anniversary of the 2009 pro-government rallies, which put an end to months of political turmoil and street protests over allegations of electoral fraud in presidential votes earlier that year.

On Sunday, People in various Iranian cities attended rallies to mark what described as “Dey 9” epic, which refers to mass rallies held on the ninth day of the Persian calendar month of Dey.

The 2009 election saw the re-election of Mahmoud Ahmadinejad by an 11-million lead over his nearest rivals.

The poll was followed by sporadic street protests in Tehran, after those defeated in the poll, including some reformists, made allegations of widespread fraud in the vote.