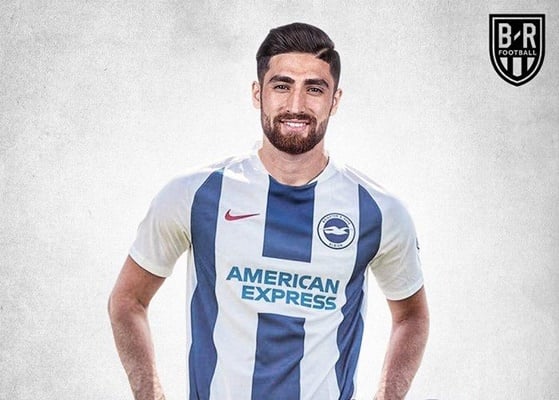 Brighton & Hove Albion Football Club, which currently competes in the Premier League, has completed the signing of Iranian professional winger and attacking midfielder Alireza Jahanbakhsh for a “club record fee” from Dutch side AZ Alkmaar.

On Wednesday, the 24-year-old penned a a five-year contract until June 2023, and became Brighton’s eighth major signing of the summer transfer window.

Sky Sports News has learnt that Brighton, nicknamed the Seagulls, is paying £17 million for Jahanbakhsh.

“We are delighted to welcome Alireza to the club, and we are particularly pleased to get this deal over the line.

“Ali is a player that we have been aware of and monitored for a few years, and his versatility will increase our attacking options within the squad,” Brighton’s official website quoted manager Chris Hughton as saying.

He added, “He can play in a wide position or central midfield attacking role, and I am now very much looking forward to working with him.”

Jahanbakhsh said, “I came here to help the team and be important for the team. It’s always been important for me, wherever I go, to do my best for the club and the fans.”

“It’s exactly the same here. I’ve been counting the days until I came here for the signing day,” he added.

Jahanbakhsh played most of his youth in Payam Alborz Qazvin and Persian Qazvin, before joining the youth academy of Damash Gilan in 2008.

Jahanbakhsh returned to Gilan in 2011, and became one of the club’s youngest ever players.

On May 26, 2013, Jahanbakhsh reached an agreement with Dutch Eredivisie outfit NEC for a three-year deal. He made 64 appearances and scored 19 goals there.

The Iranian midfielder signed a five-year contract with Dutch club AZ Alkmaar on August 3, 2015. He scored 21 goals in 33 appearances and was named the top scorer in last season’s Dutch Eredivisie.

He also has 41 caps for the Iran men’s national football team, and featured in all three Team Melli group stage matches at the 2018 FIFA World Cup in Russia.