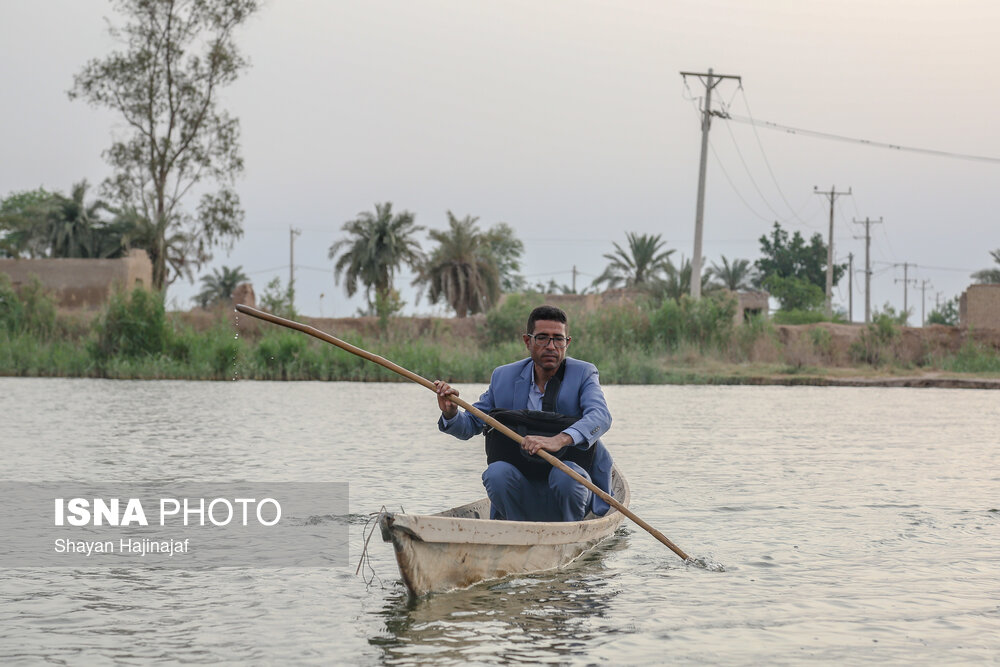 An elementary school teacher every day goes to school on a boat to teach children of an underprivileged village in iran’s Khuzestan province.

Mr. Tareq Achrash has to sail to the school in Maqtoe village which is surrounded by water.

People in this hamlet have no access to internet and land routes nor is there a healthcare center for the 23 households living there.

The story of Mr. Achrash has now gone viral on social media and people in Iran are praising him for his sacrifices.

The teacher says when he was employed by the Ministry of Education, he was sent to another village named Atish that was also impoverished but had land access to other parts of Iran.

However, Maqtoe’s kids, he says, had no teacher and they had to go to Atish by boat.

According to Mr. Achrash, once the boat carrying the children capsized and that prompted parents to stop sending their kids to school.

“That was when I decided to go to Maqtoe to teach the 18 students living in the village so that they wouldn’t give up school”, he says.

Mr. Achrash has been highly praised by Iranians because he braves all dangers by going to school on boat every day throughout the school year.

During the Covid pandemic the school did not shut down because the students studying there have no cell phones. They say they are highly anxious to attend Mr. Achrash’s class and do their best to be good pupils.