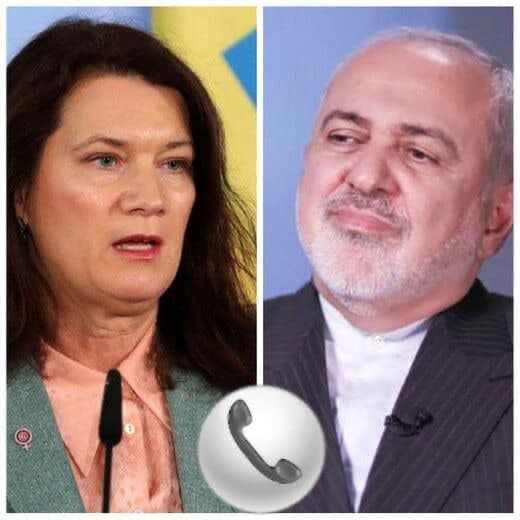 In the phone call, the two sides conferred on the latest international developments, regional issues, JCPOA-related issues, and bilateral relations between Tehran and Stockholm.

Zarif and Linde also underlined cooperation and consultation on establishment of peace and security, and the necessity of delivering humanitarian aid to Yemen and Afghanistan.

The Iranian and Swedish foreign ministers also discussed consular relations, which may include the case of Iranian-Swedish citizen, Ahmadreza Djalali, who has been sentenced to death in Iran on charge of espionage.

There are speculations that Iran might be interested in exchanging Djalali with another Iranian national jailed in other countries, like diplomat Asadollah Assadi who has been detained by Belgium since 2018 on charges of being linked to a bomb attack plot in the French capital of Paris.