Iranian sportswoman who is crazy about skydiving (PHOTOS) 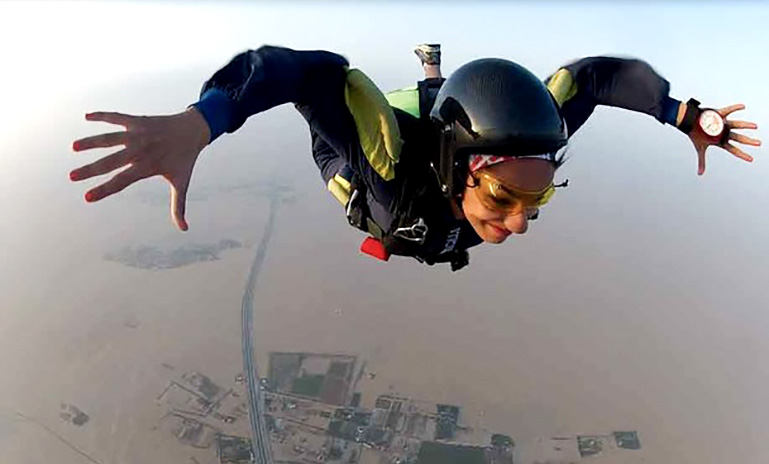 An exciting jump from a plane is the only sport which can get the Iranian girl’s adrenalin flowing.

Skydiving is a sport which has lately grown in popularity throughout the world. Fatemeh Akrami is an Iranian sportswoman who is crazy about skydiving. She has been doing gymnastics since she was five years old. To her, bungee jumping is child’s play and what really gives her an adrenalin rush is a 4,000-meter jump from a plane.

“When you are up there and the door of the plane opens, you have only five seconds to follow the jumper ahead of you. If you fail to do so, you won’t be able to land on the preplanned spot. It takes from 50 to 60 seconds between jumping and pulling the parachute cord; rookie skydivers are asked to pull the cord sooner,” she said.

Images of an Iranian skydiver released online by khabaronline.ir: