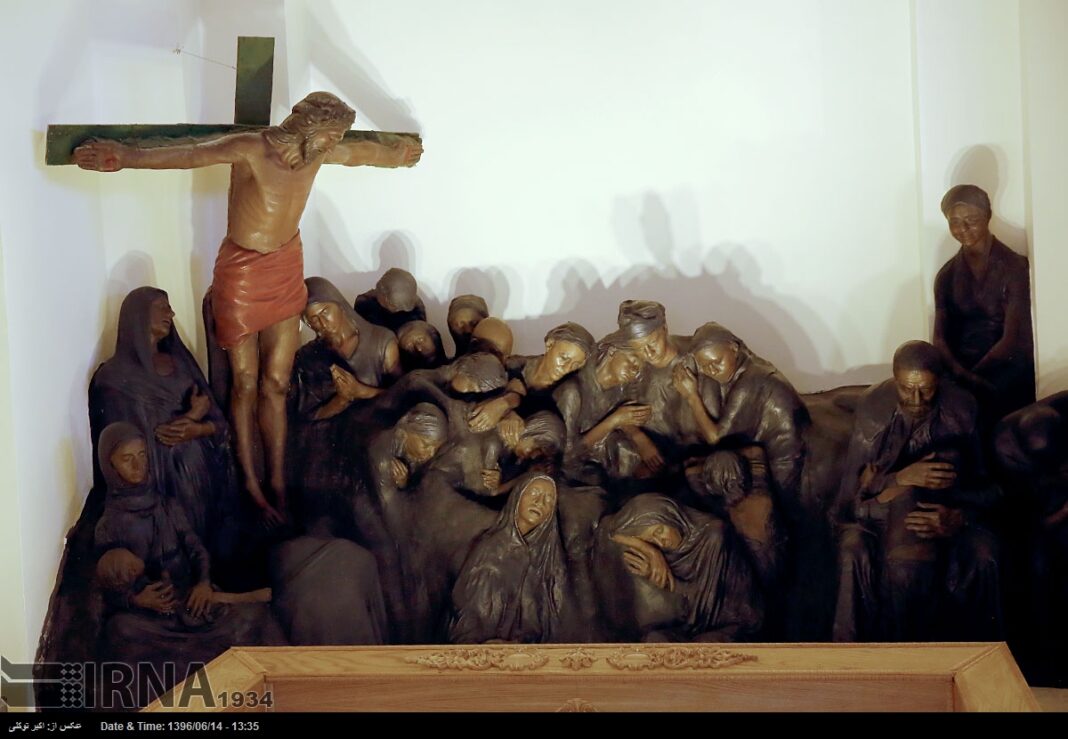 A contemporary sculpture and painting museum was reopened in Tehran on Tuesday (September 5) after over 15 years of being closed.

Tehran Mayor Mohammad-Ali Najafi reopened the Ali Akbar San’ati Museum, named after a late Iranian painter and sculptor (1916-2006), in a ceremony in the Iranian capital on Tuesday (September 5).

Being home to close to 100 paintings and over 120 sculptures restored during the past three years, the museum had been shut down, for 12 years, and under restoration, for over three years, prior to its reopening.

The building of the museum has been constructed during Qajar era, according to a Farsi report by IRNA.

During his lifetime, San’ati created close to 6,000 paintings and more than 1,000 plaster, stone and bronze sculptures of Iranian and foreign scientific and literary figures as well as ordinary people from different social levels. Some of his artworks are being kept at the museum after undergoing restoration.

The most interesting part of this small and old museum is where sculptures of a group of political prisoners belonging to Qajar era, made by San’ati, have been put on display right at the centre of the art gallery.

Among the other sculptures put on show at the museum are those of Ferdowsi (Persian poet and the author of Shahnameh, 940-1020), Saadi Shirazi (one of Iran’s major Persian poets and literary men), Ali-Akbar Dehkhoda (prominent Iranian linguist and the author of the most extensive dictionary of the Persian language ever published, 1879-1956), crucified Jesus Christ, Kamal-ol-Molk (prominent Iranian painter, 1848- 1940), and Karim Khan Zand (founder of the Zand Dynasty, 1751-1779).

Also in display are his sculptures of Jawaharlal Nehru (the first Prime Minister of India and a central figure in Indian politics before and after independence, 1889-1964), Mahatma Gandhi (leader of the Indian independence movement against British rule, 1869-1948), Louis Pasteur (French biologist, microbiologist and chemist renowned for his discoveries of the principles of vaccination, 1822-1895), Mohammad-Taqi Bahar (renowned Iranian poet and scholar, 1884-1951), Shah Abbas the Great (the fifth Safavid king, 1571-1629) and Nader Shah (one of the most powerful Iranian rulers in the history of the country, 1698-1747).

Born in the central Iranian city of Kerman in 1916, San’ati grew up in a Kerman-based orphanage after losing his father early in life. Due to his intense interest in painting, he entered Kamal-ol-Molk School and graduated after 12 years. With an art career spanning some 62 years, San’ati was among Iran’s first contemporary realist sculptors and painters. He was the founder of Iran’s first museum of contemporary artworks.