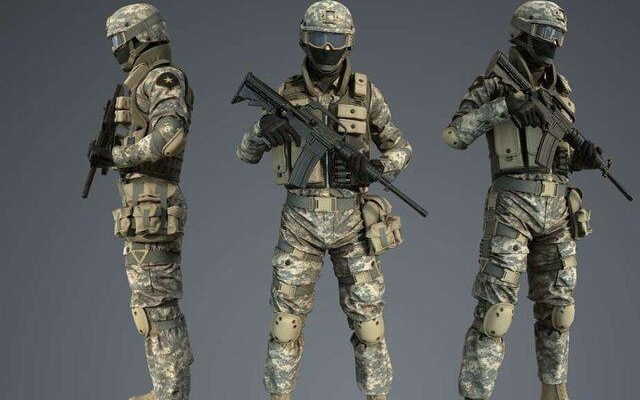 A team of Iranian researchers has designed and manufactured smart uniforms for soldiers and professional mountain climbers which can monitor their vital signs and detect radioactive and landmines with their sensors.

Amir Abbas Mohammadi, the project researcher, says there was a global call for the implementation of the Future Soldier Research Project and all researchers and scholars were asked to submit their ideas in this regard.

“In this project, we designed a fully smart uniform for soldiers and climbers and made a prototype that included three sections: garment, gloves and boots, each of them with special abilities.”

“In the first phase, we introduced gloves for climbers that could provide heat to the user at a temperature of minus 40 degrees; also in areas without signal they could provide vital signs and geographical indications to the climber. These gloves will prevent climbers from getting lost,” he said.

The researcher adds that the boots made for soldiers are equipped with scanners, saying “The scanners in the boots can scan mines and radioactive materials from up to 5 metres away.”

Since it is equipped with various sensors, when the soldier is shot, it uses a sensor, based on the status of vital signs such as pulse or blood pressure to shock the heart so that the soldier does not become unconscious.

The researcher says it can also send the coordinates of the injured soldier to the nearest comrade for rescue and relief operations.

“The uniform is designed in a way that it can display the vital signs, as well as geographical location on an LCD.”

Mohammadi said the uniform is able to keep the body warm in the cold or cool in the heat.

This outfit is equipped with 12 sensors for “pulse”, “blood pressure”, “humidity”, “temperature”, “geographic coordinates”, “distance” and “light and laser”.

He further stated that the project won the third place in Istanbul International Inventions Fair (ISIF’19), where 400 teams and 1,000 inventors from 30 countries had participated.