Iranian, Russian, Turkish FMs to Meet in Geneva on Syria 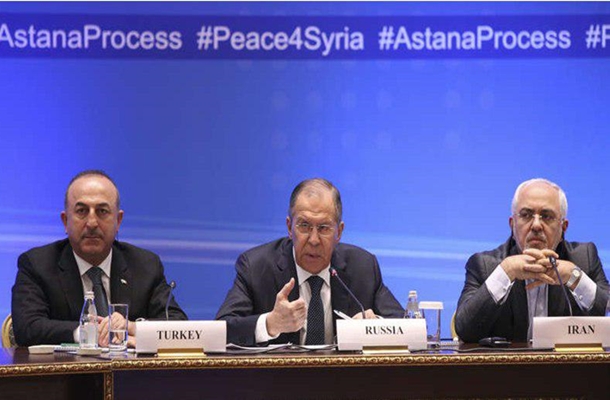 The foreign ministers of Russia, Iran and Turkey – the three guarantor states of the Astana Process – plan to hold a meeting in Geneva on the eve of the inaugural session of the Syrian Constitutional Committee (SCC).

“We [Astana guarantors] will be supporting the committee’s launching event at the level of our foreign ministers in Geneva,” Turkey’s Permanent Representative to the United Nations Office at Geneva Sadik Arslan told Sputnik.

“This is a plan: they will arrive … in Geneva, and they will make their long-declared commitment and reaffirm it again to the rest of the international community,” he noted.

“We will be supporting the overall work of the committee in the time ahead of us,” Arslan said.

The first session of the 150-member SCC, which includes representatives of Syria’s government, opposition and civil society, will be held in Geneva on Wednesday.

The diplomat recalled that the SCC launch had failed in December 2018.

“Unfortunately, then it failed, I mean, that initiative. This time, of course, they are planning to come to Geneva to show their support for the Constitutional Committee, and maybe they will call for the support of the international community and all other stakeholders to do the same thing,” Arslan added.

In December 2018, the foreign ministers of Russia, Iran and Turkey held in Geneva a meeting with then-UN Special Envoy for Syria Staffan de Mistura.

The formation of the SCC was expected to be announced as a result of the meeting. However, neither the SCC composition, nor its launch were announced back then.