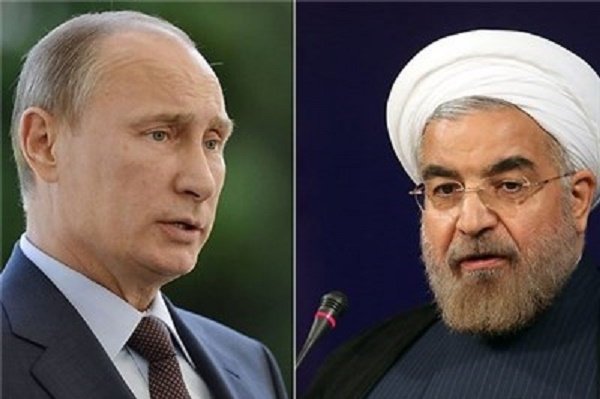 Iran’s President Hassan Rouhani and his Russian counterpart Vladimir Putin discussed a range of issues in a telephone conversation, calling for enhanced economic relations and continued cooperation in the fight against terrorism in Syria.

In the conversation on Monday night, President Rouhani expressed the hope that an upcoming session of Iran-Russia joint economic commission would remove obstacles, if any, to closer mutual cooperation.

He further hailed the “historical impacts” of Tehran-Moscow cooperation in the fight against terrorist groups in Syria on regional stability, reiterating that only the people of Syria can decide the fate of their country.

For his part, the Russian president expressed satisfaction with a rise in the volume of bilateral trade in comparison to the previous year, saying the two countries can cooperate in major projects in the nuclear, oil, gas and transportation industries.

As regards Syria, Putin underlined that Iran and Russia are and will remain partners in settling regional crises, noting that such collaboration will continue until the Syrian people are saved from terrorist groups.

The two presidents further discussed the latest developments in the international oil market, and agreed to work together as part of the necessary coordination among oil producing countries.