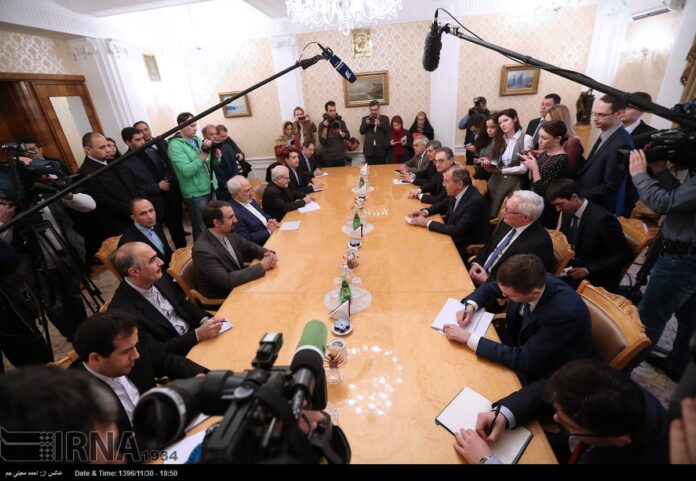 Iranian Foreign Minister Mohammad Javad Zarif and his Russian opposite number Sergei Lavrov have held talks on the sidelines of the Valdai Club Conference in Moscow.

During the Monday meeting, the two sides discussed bilateral relations as well as regional and international issues.

Among the topics discussed was the promotion of cooperation in the fields of tourism and banking as well as on the Caspian Sea together with holding a joint Iran-Russia economic commission.

They also exchanged views on political initiatives to settle the Syria crisis and stressed the necessity of putting an end to the Saudi war on Yemen and sending humanitarian aid to Yemeni people.