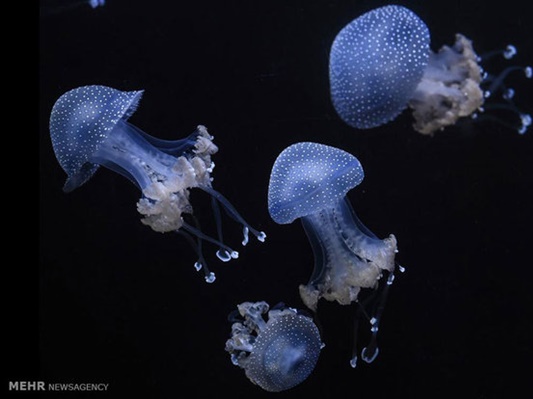 Researchers at Sharif University of Technology have optimized bio solar cells with the help of a kind of protein found in jellyfish at a laboratorial scale, in order to replace the older generations of solar cells.

“The solar cells produced in this project have a much lower cost of production compared to the older generations of solar cells, and their energy conversion efficiency has been reported as being much higher,” she said, adding, “Also, due to the fact that a large part of these cells are made of protein nanoparticles, they contain self-healing properties.”

“In this project, we used light-activated proteins such as bacteriorhodopsin (extracted from a kind of bacterium) and Green Fluorescent Protein (produced as a recombinant) in order to absorb light,” she explained.

Green Fluorescent Protein (GFP) is found in jellyfish and is what makes jellyfish glow in the dark. When a droplet of GPF is placed onto aluminium electrodes, then exposed to ultraviolet light, an electric current is generated that can be used for powering bio solar cells.

According to Mohammadpour, with further optimization of energy conversion, these cells can replace the older generations of solar cells in the near future. The results of the research have been published in Biomass and Bioenergy.