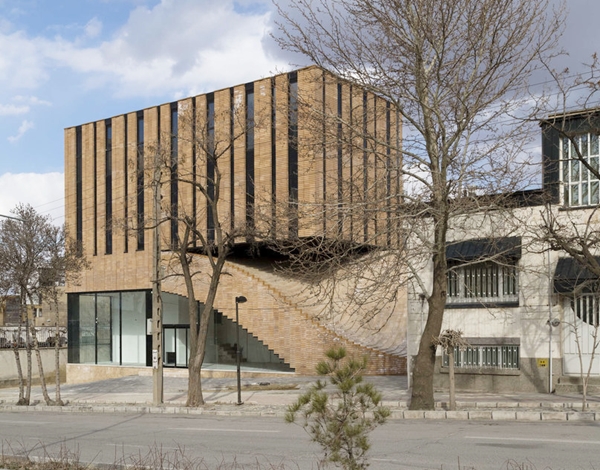 Four Iranian architectural projects were among the winners at the fourth annual Architizer A+ Awards.

Polour Rock Gym, a sports center under construction near Tehran, won the public and jury awards in the Unbuilt Sports & Recreation category, the organizers announced.

The center was designed by Lida Almasian and Shahin Heidari at New Wave Architecture.

Termeh Office, a retail building designed by Ahmad Bat’hai and Farshad Mehdizadeh in Hamedan, was the jury winner in the category of Low Rise Commercial Office (1-4 Floors).

Kurosh Rafiei’s design for the Sohanak Swimming Pool in Tehran was the public winner in the Recreation Centers category.

Afsharian’s House in Kermanshah was named public winner in the Low Rise Multi Unit Housing (1-4 Floors) category. The structure was designed by the ReNa Design institute.

This year, the A+ Awards received thousands of entries from more than 95 countries. Popular choice winners were determined by more than 400,000 public votes cast from more than 100 countries and territories.

Over 400 luminaries from the worlds of architecture, art and design will gather for the A+ Awards gala on May 12 at Highline Stages in New York City.

“The A+ gala is more than just a party. It represents a moment for us to stand up and champion our art, recognizing the transformational role that architecture plays in our lives,” said Architizer CEO Marc Kushner.