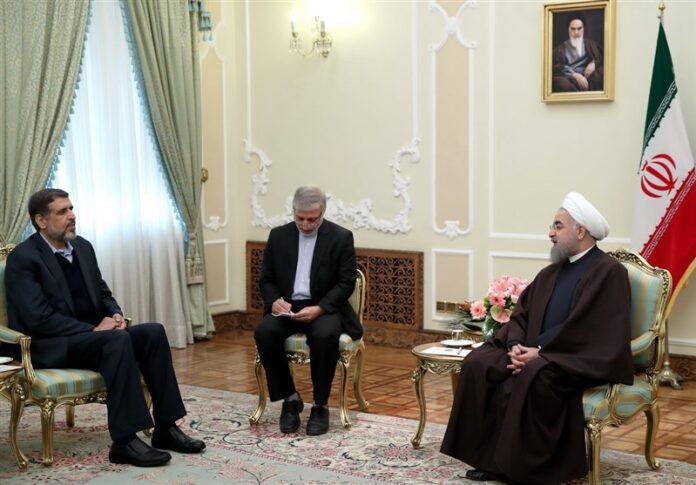 Iranian President Hassan Rouhani underlined that the restoration of Palestinians’ rights should be the top issue to be addressed by the Middle Eastern and Muslim countries.

Speaking at a meeting with Secretary General of the Palestinian Islamic Jihad Movement Ramadan Abdullah Shalah in Tehran on Tuesday, President Rouhani highlighted the importance of the issue of Palestine and the Holy Quds, saying that today, the issue has become “a cause” for all Muslims across the world.

“The liberation of the holy Quds and the restoration of the rights of the Palestinian nation should be the first issue of the region,” he noted.

“We should not allow conspiracies and difficulties to discourage us from continuing the path to the realization of the great cause of Palestine,” Rouhani said, adding that the Palestinian Islamic Jihad Movement and other resistance groups have a major responsibility to continue this path.

Abdullah Shalah, for his part, hailed Iran’s supports for the Palestinian nation’s resistance and said if it had not been for such supports by the Islamic Republic, the Palestinian groups should have been unable to make their stances heard in the world and preserve their status.

Speaking in a meeting with Abdullah Shalah and his accompanying delegation back in May, Leader of the Islamic Revolution Ayatollah Seyed Ali Khamenei reiterated Iran’s commitment to providing unwavering support for Palestine.

Iran’s position on the issue of Palestine has not been and is not limited to any specific period of time, the Leader said at the time.