The National Day of renowned Persian poet Saadi Shirazi was commemorated in the Iranian city of Shiraz, the hometown of the acclaimed figure.

On Friday evening a large number of Iranians convened in remembrance of the talented poet who lived from 1184-1283/1291 AD.

In the national Iranian calendar, April 21 marks the birthday of Saadi. On this day, Iranians attend services in commemoration of the master of eloquence.

Saadi is known as a poet both in and outside of Iran for his enticing choice of word, ethical and social teachings. 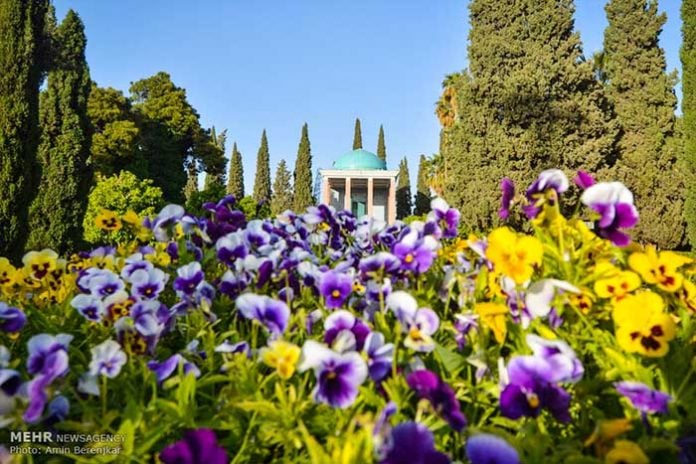 Abu-Mohammad Mosleh al-Din bin Abdallah Shirazi, better known by his pen-name Saadi, was one of the major Persian poets of the medieval period. He is recognized not only for the quality of his writing, but also for the depth of his social thoughts.

A native of Shiraz, his father died when he was an infant. Saadi experienced a youth of poverty and hardship, and left his native town at a young age for Baghdad to pursue a better education. As a young man he was inducted to study at the famous an-Nizzamiya centre of knowledge (1195-1226), where he excelled in Islamic Sciences, law, governance, history, Arabic literature and theology.

Although Saadi was born and died in Shiraz, Persia (Iran), during his life he travelled extensively. He is said to have travelled for thirty years throughout the Islamic world.

Iran has filled the centuries with some of the world’s finest poets, but Iranians consider Saadi to be one of the greatest.

Historians often divide his life into three parts. His first twenty-five years were spent studying in various countries, going to university at Baghdad. During the next thirty years he travelled to many parts of the world, from India to Syria. He went on pilgrimage to Mecca fourteen times. Finally, Saadi returned to Shiraz where he devoted himself to writing and to teaching. 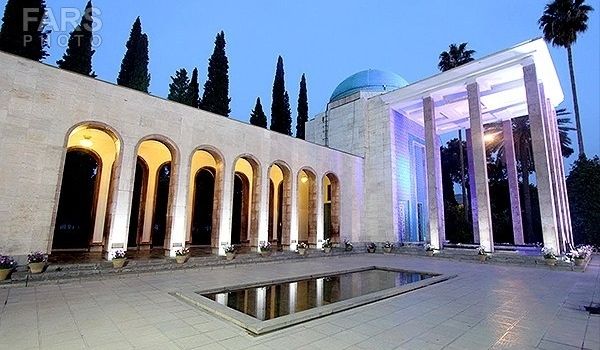 Saadi’s two best known works are the Bustan (the Garden), composed entirely in verse, and the Golestan (the Rose Garden), in both prose and verse. He was particularly known for the wry wit he injected into his poems.

Saadi is probably the first Persian poet to have been translated into European languages. A German version of the Golestan appeared in 1654.

Saadi’s tomb can be seen in the town of Shiraz.

What follows are the photos of the Friday commemoration ceremony retrieved from IRNA: