Thousands of Iranian people have started rallies in different parts of the country to mark the “National Day of Fight against Global Arrogance”, chanting slogans against the US and other hegemonic powers.

Iranian people, mostly school and university students, staged demonstrations on Saturday morning all over the country to express their opposition to the arrogant policies and attitudes of the enemies, particularly the US.

The protesters slammed the US government as the nation’s main enemy, condemning the US president’s rhetoric against Iran and the Islamic Revolution Guards Corps (IRGC).
In a final declaration after holding mass rallies in Iran’s capital of Tehran and other cities on Saturday, demonstrators reaffirmed commitment to countering the hostile plots, and described the US as Iran’s enemy number one.
They also condemned Trump’s offensive comments about Iran and his deliberate attempt to distort the true name of the Persian Gulf.
The statement also hailed the IRGC as a reliable protector against infiltration by the enemies and a thorn in the side of the US and the Zionist regime of Israel.
Ralliers have also expressed solidarity with the oppressed people in Palestine, Bahrain, Yemen, Syria, Myanmar and the Shiite Muslim of Saudi Arabia, voicing support for their fight against tyranny.

The demonstrations are held on the anniversary of the seizure of the US embassy in Tehran, which was later known as the ‘den of espionage’. 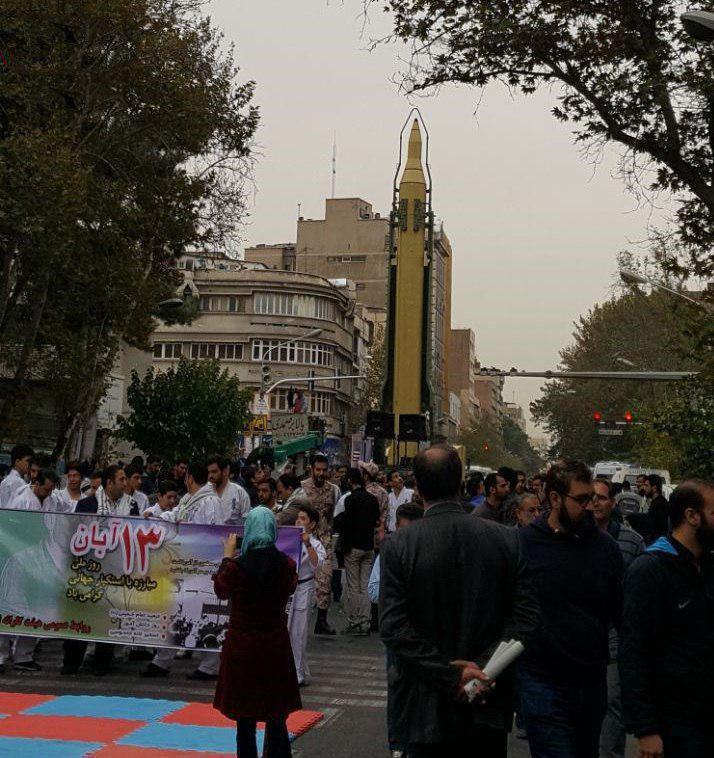 On November 4, 1979, and in less than a year after the victory of the Islamic Revolution that toppled a US-backed monarchy, Iranian university students who called themselves “students following the line of (the late) Imam (Khomeini)” seized the US embassy, which had become a centre of espionage and planning to overthrow the newly established Islamic system in Iran.

Every year on the 13th day of the Iranian month of Aban (which this year falls on November 4), the Iranian nation, particularly the students, hold rallies across the country to mark the day.

In the capital city of Tehran, the rallies to mark the anniversary of the landmark move are held at the venue of the former US embassy.