IFP has taken a look at the front pages of Iranian newspapers on Monday, March 11, 2019, and picked headlines from 12 of them. IFP has simply translated the headlines and does not vouch for their accuracy.

All papers today dedicated their front page headlines to the historic visit of Iranian President Hassan Rouhani to Iraq, which is his first trip to the country in five years.

Iraq’s vow to not join any anti-Iran axis or sanctions and the Iranian president’s vow to increase the value of Iran-Iraq trade to $20 billion were among the issues that received the greatest coverage.

2- Zarif: Saudis Sent Us a Message that Regional Issues None of Iran’s Business 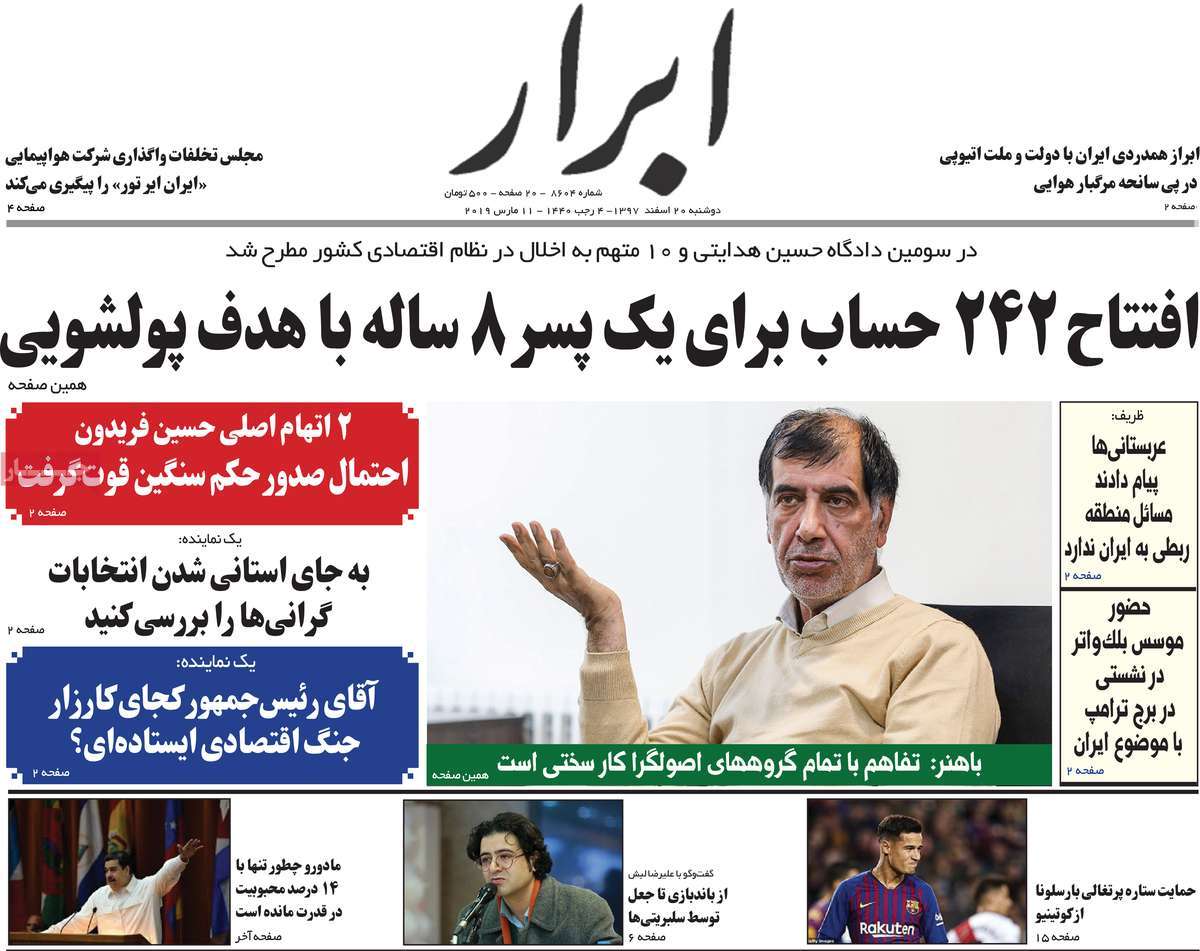 1- Iraqi President: Both Our Ties with Iran, Europe and US Significant 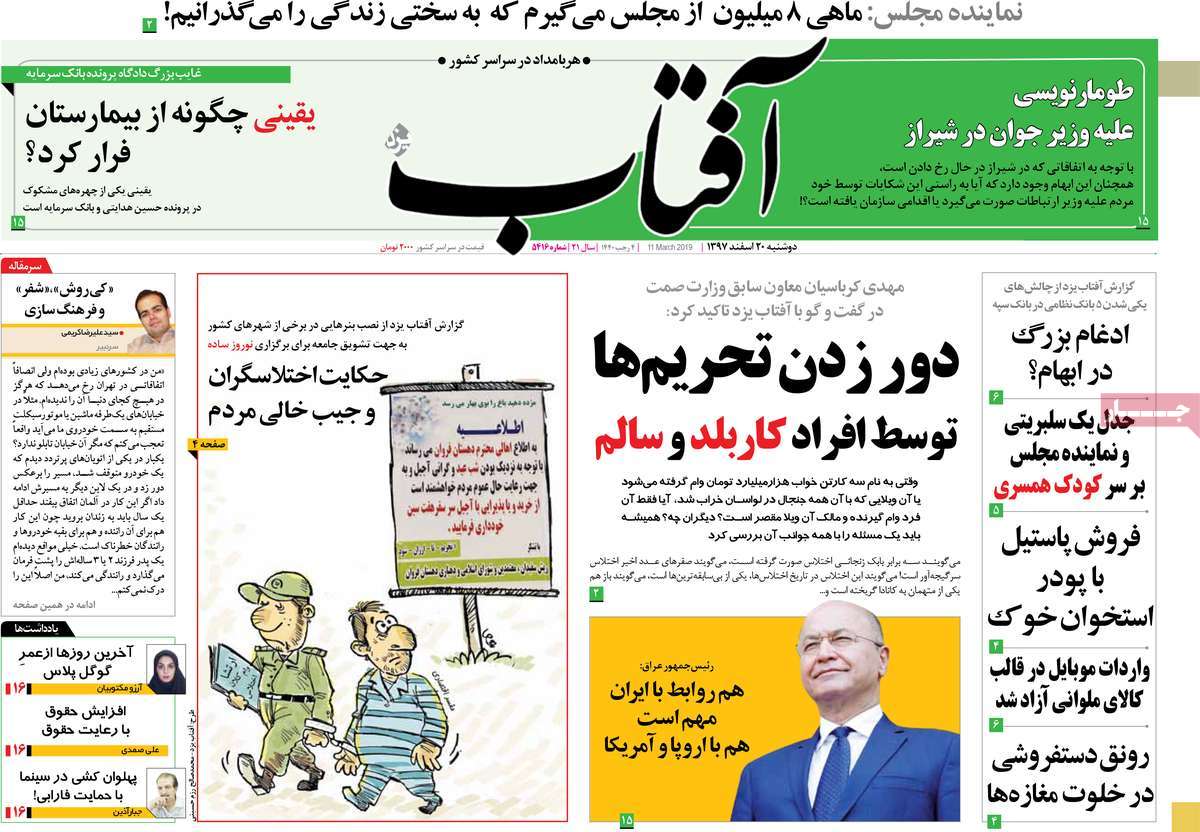 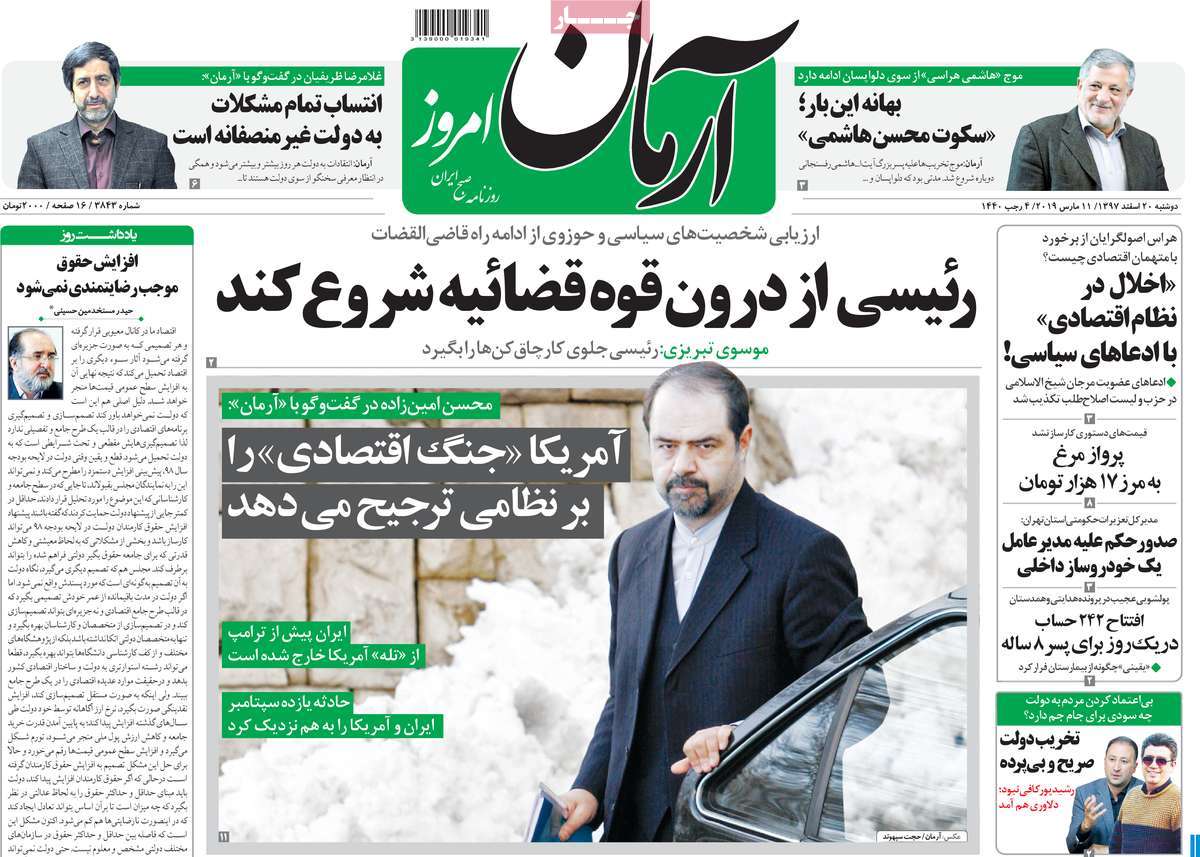 2- Lands Confiscated during 1979 Revolution Will Be Returned to People: Leader’s Office

3- Zarif: I Didn’t Want to Accept Position of Foreign Minister from First Place 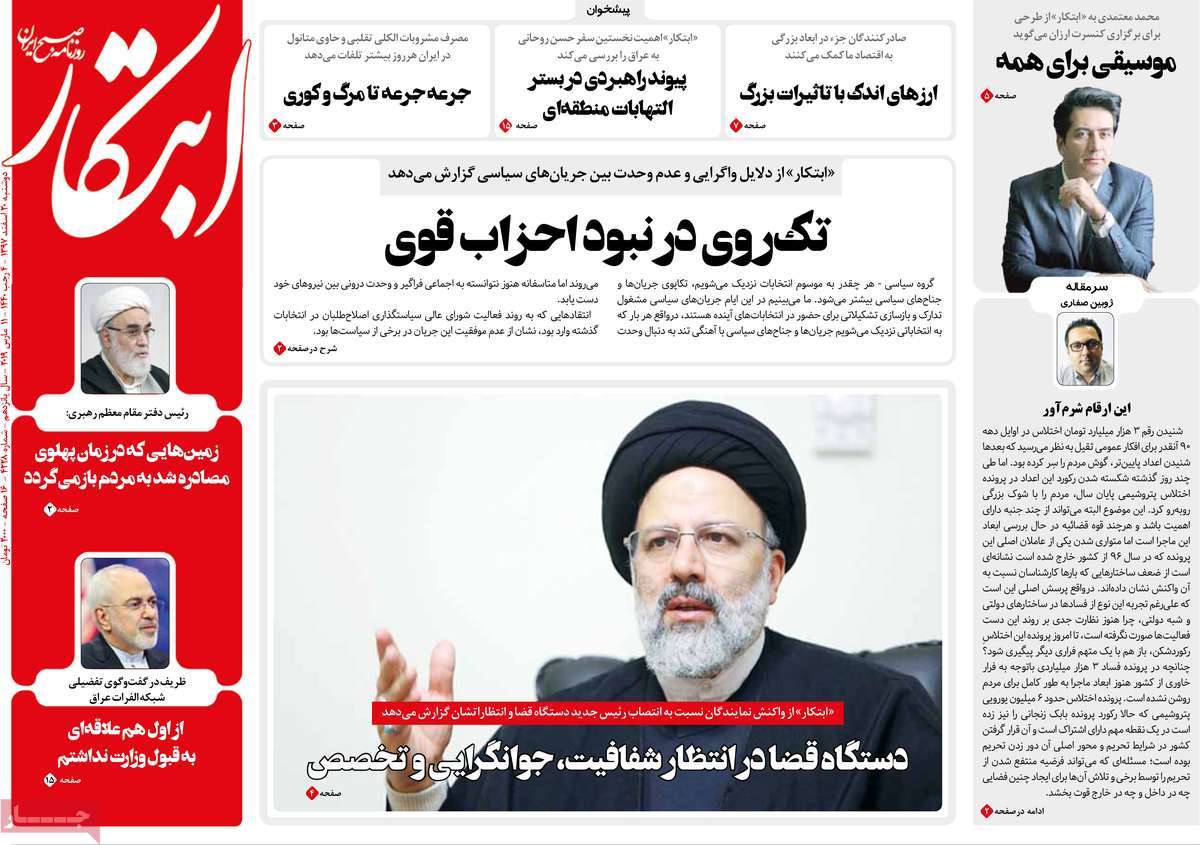 1- Rouhani Departs for Iraq at Head of Political-Economic Delegation 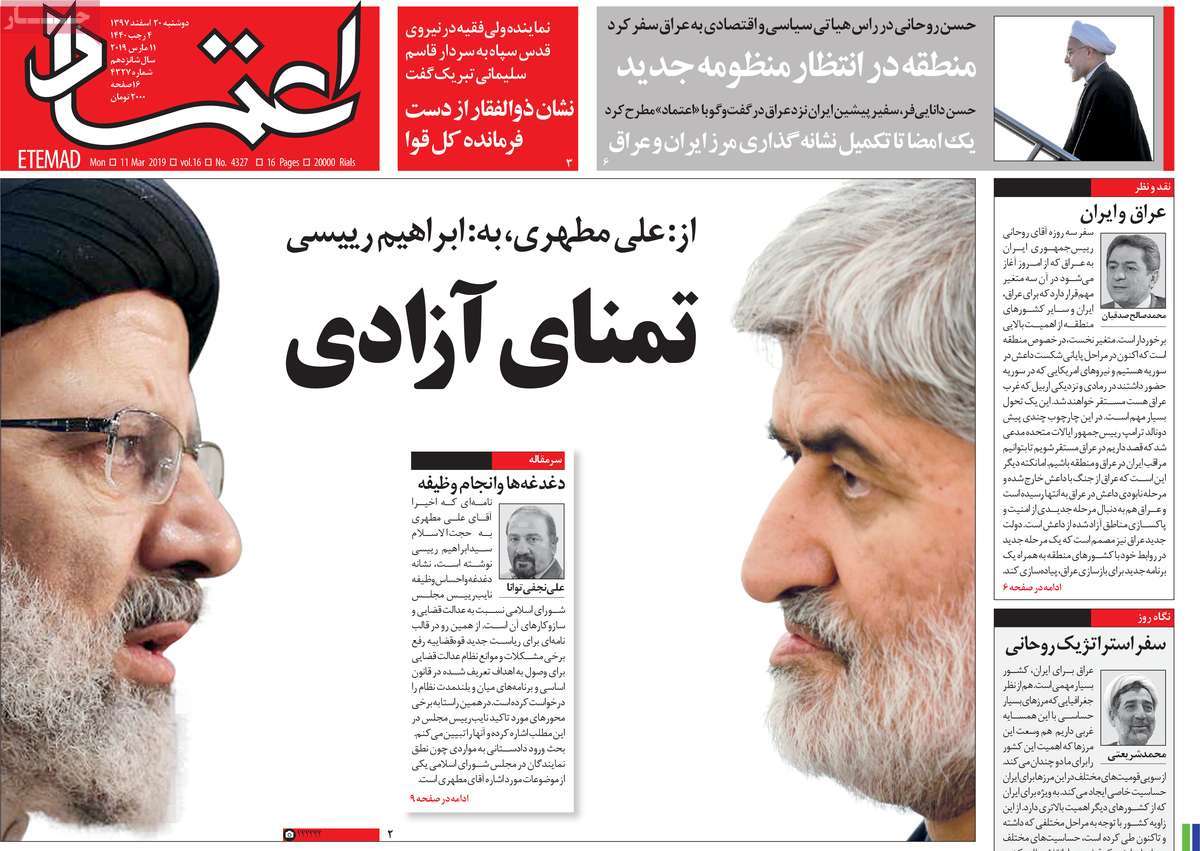 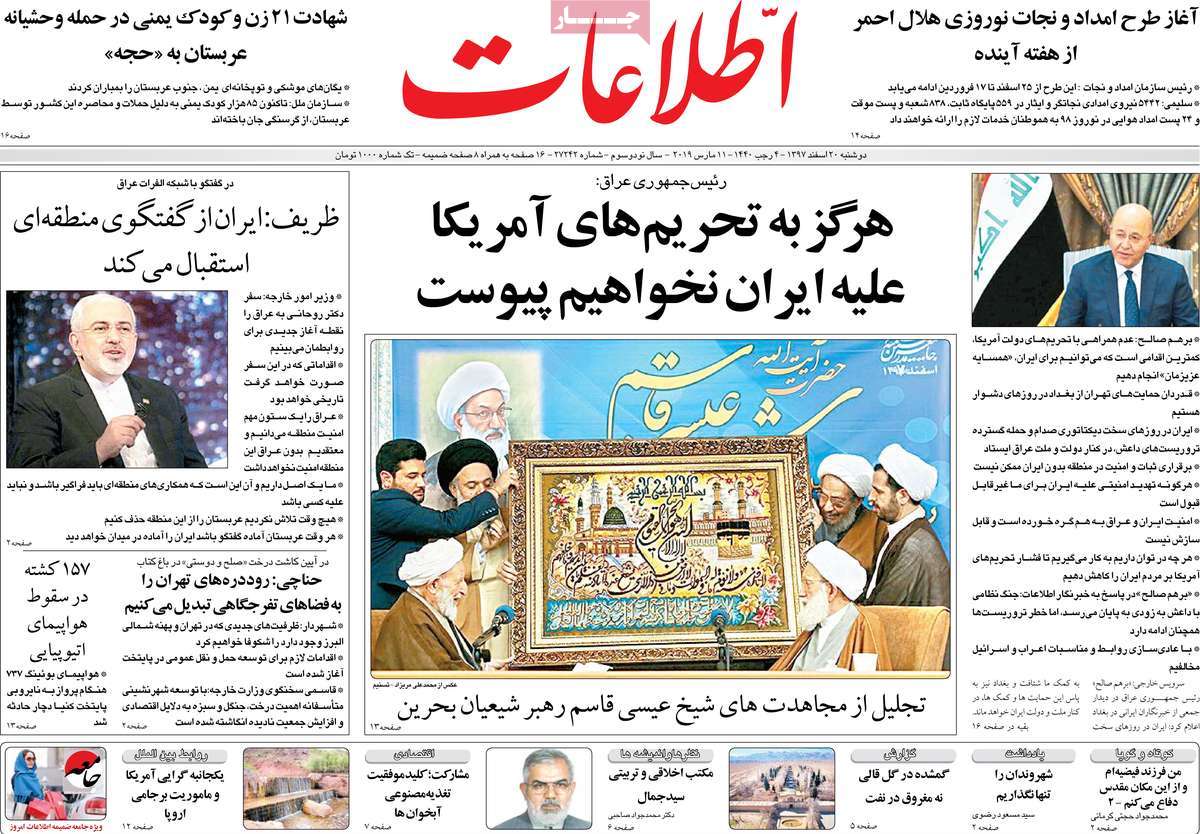 2- Iraq President: Baghdad Won’t Join Any Axis against Other Country 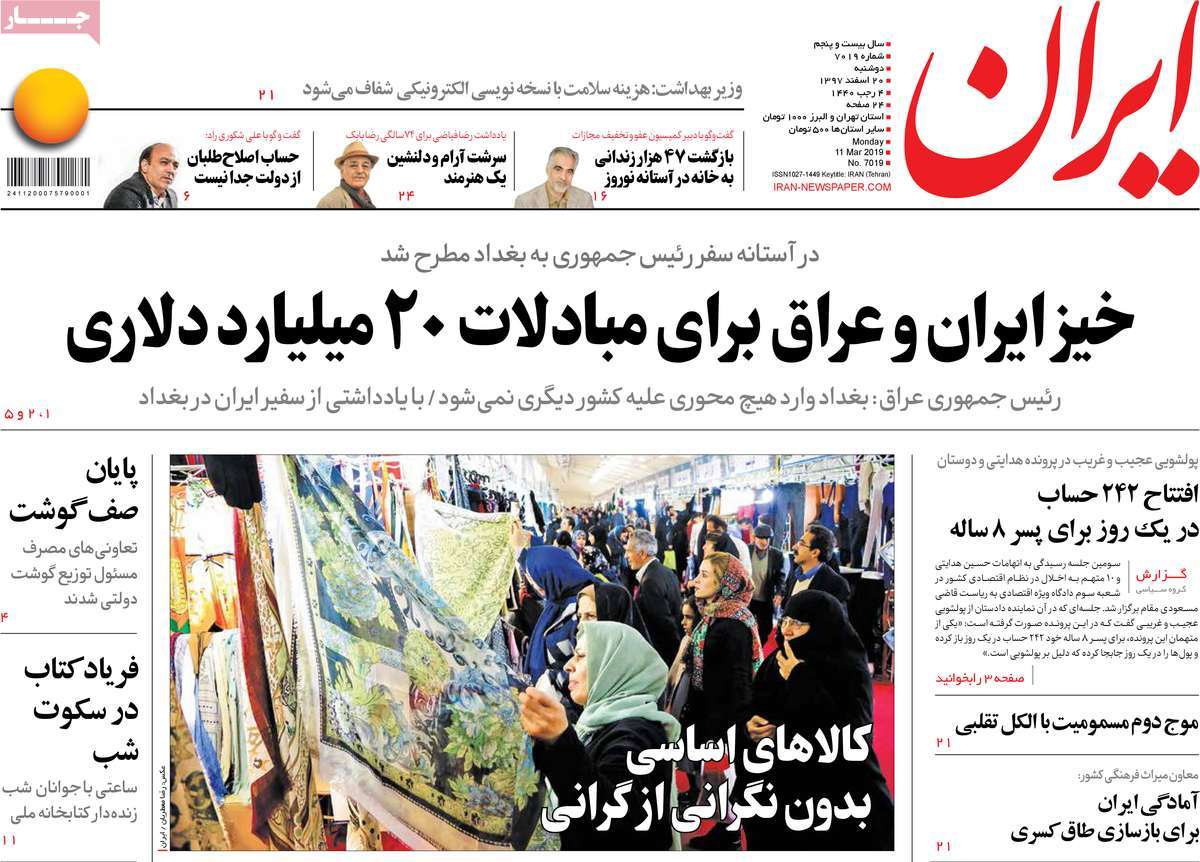 1- Money Laundering by Opening 240 Bank Accounts for a Kid in One Day!

2- Barham Salih: We’ll Stand by Iran in Days of Sanctions 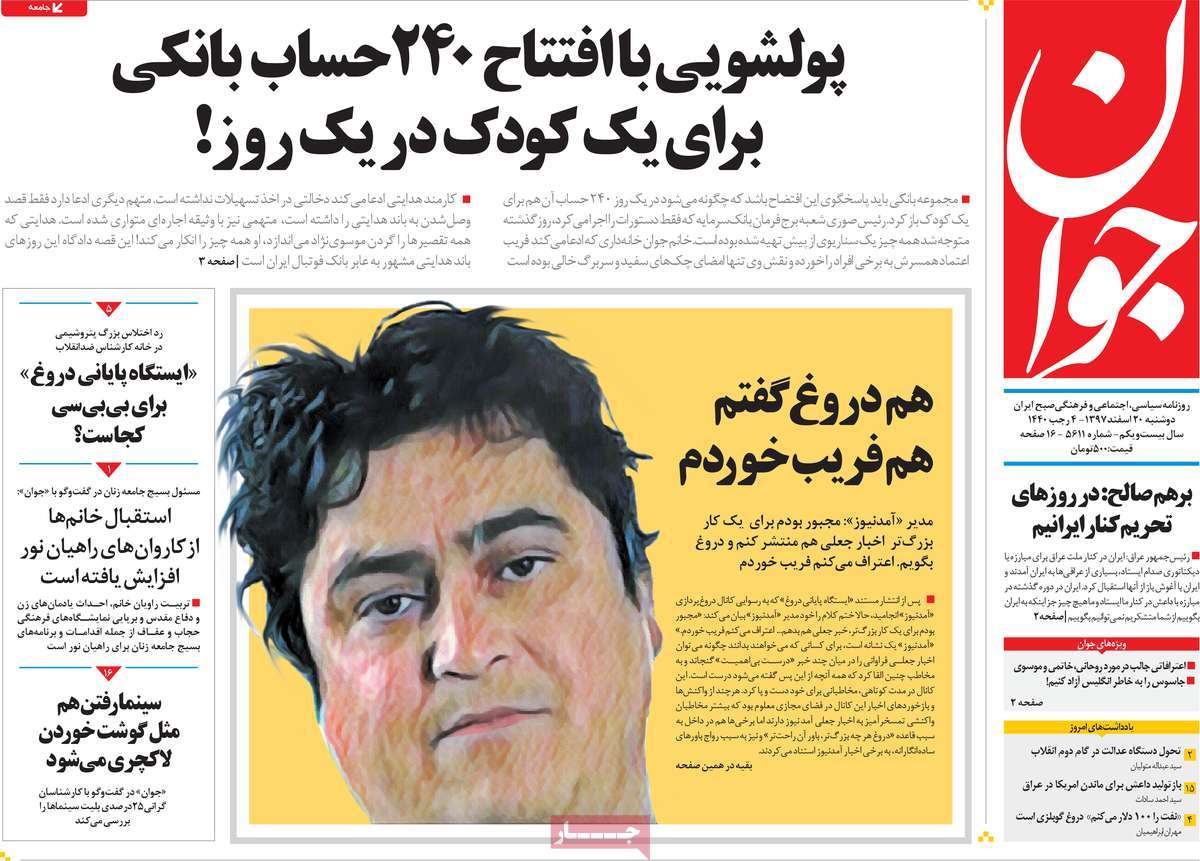 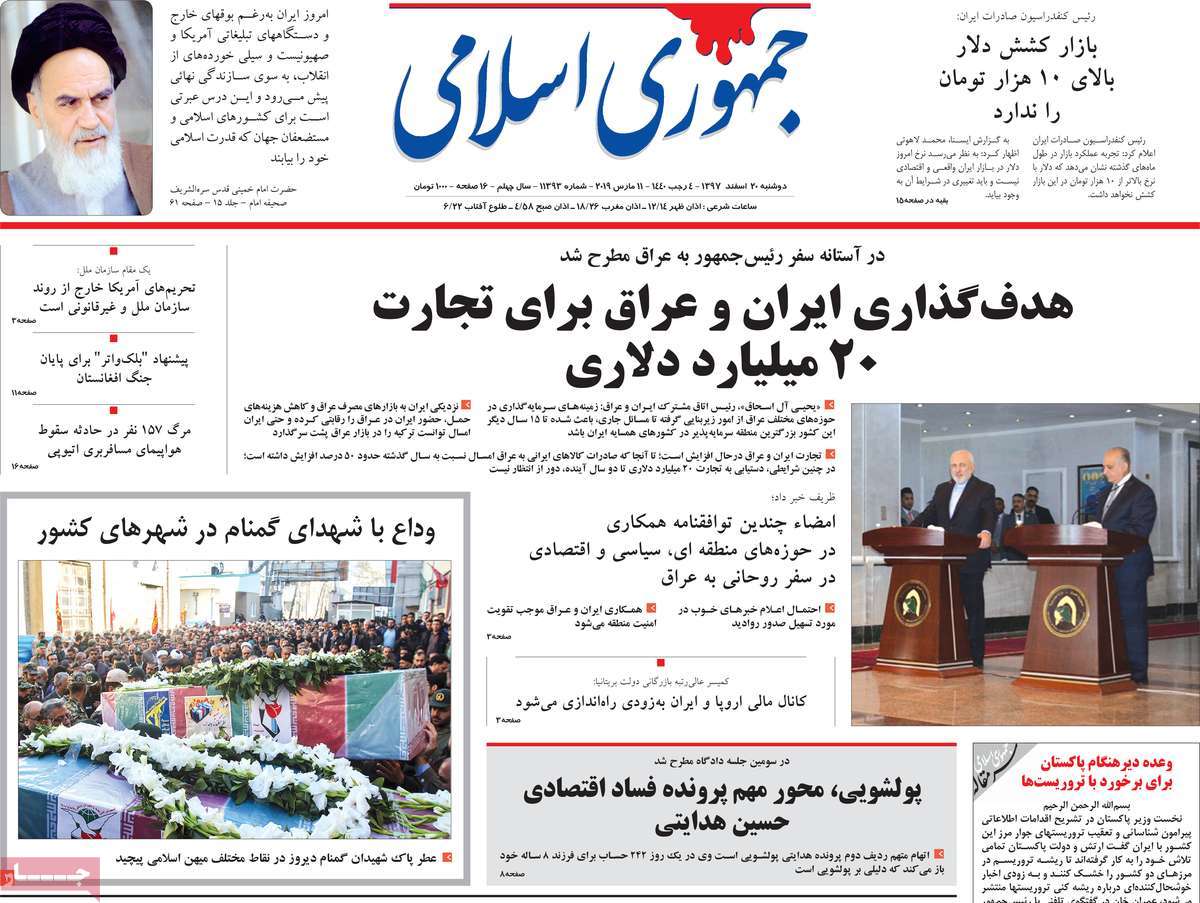 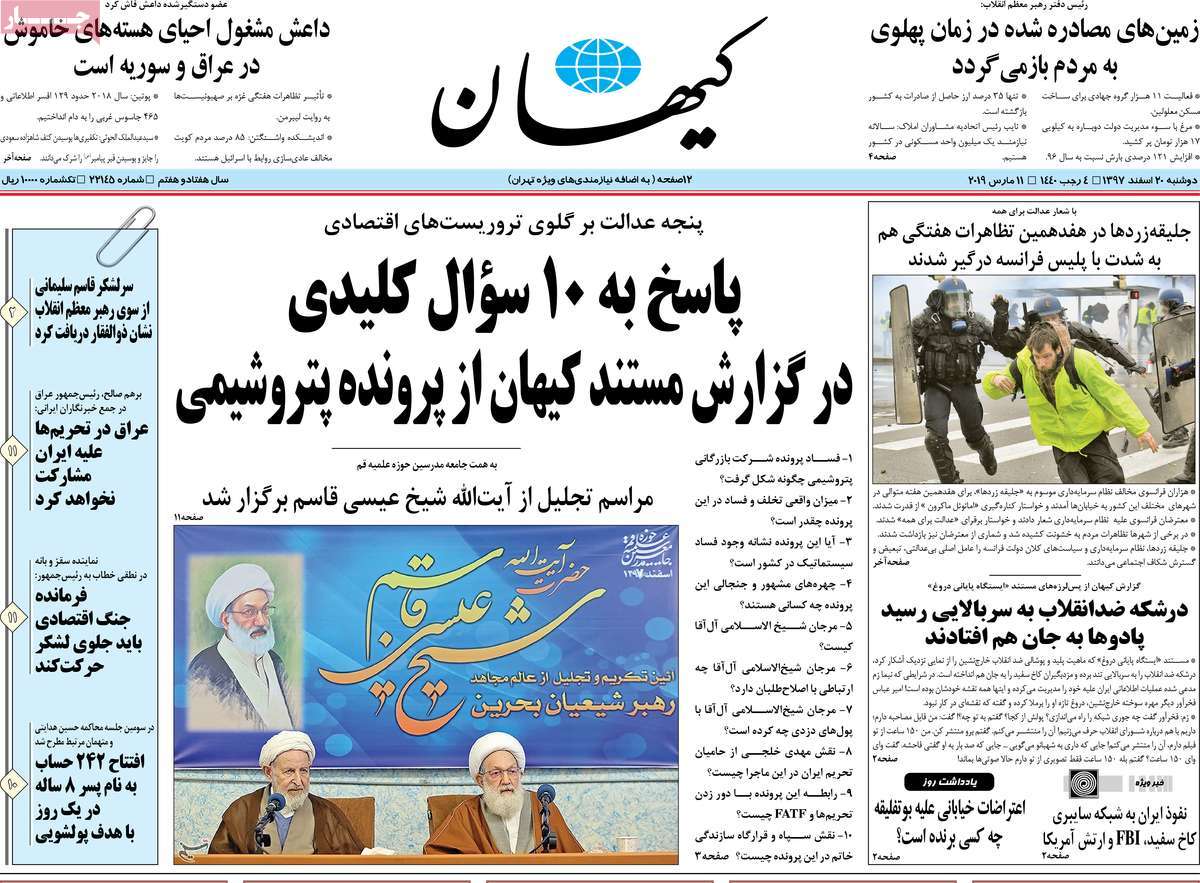 1- Symphony of the Dead in Democrats’ Camp

* Will Socialists Turn into Trump’s Toy in 2020 Elections? 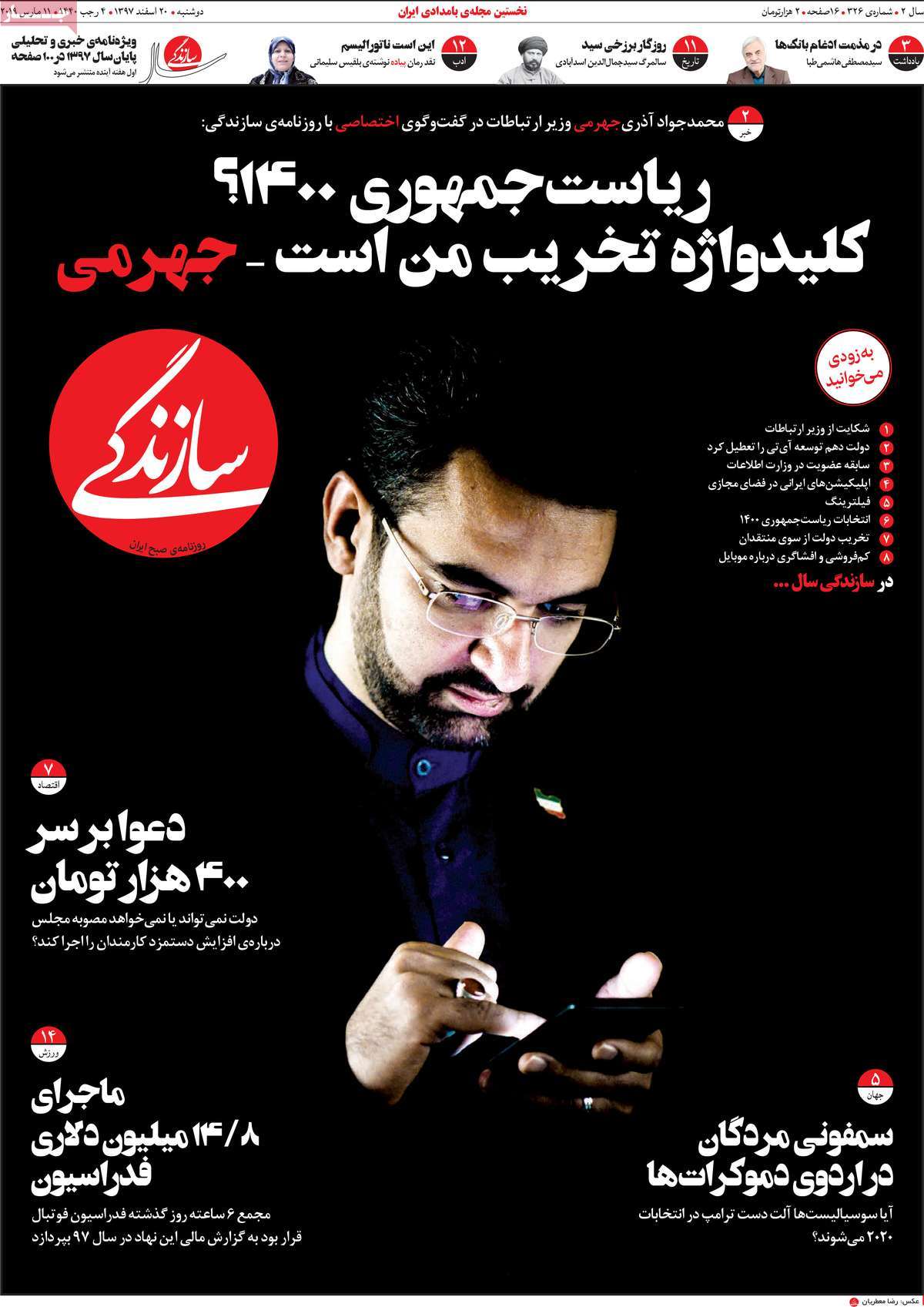 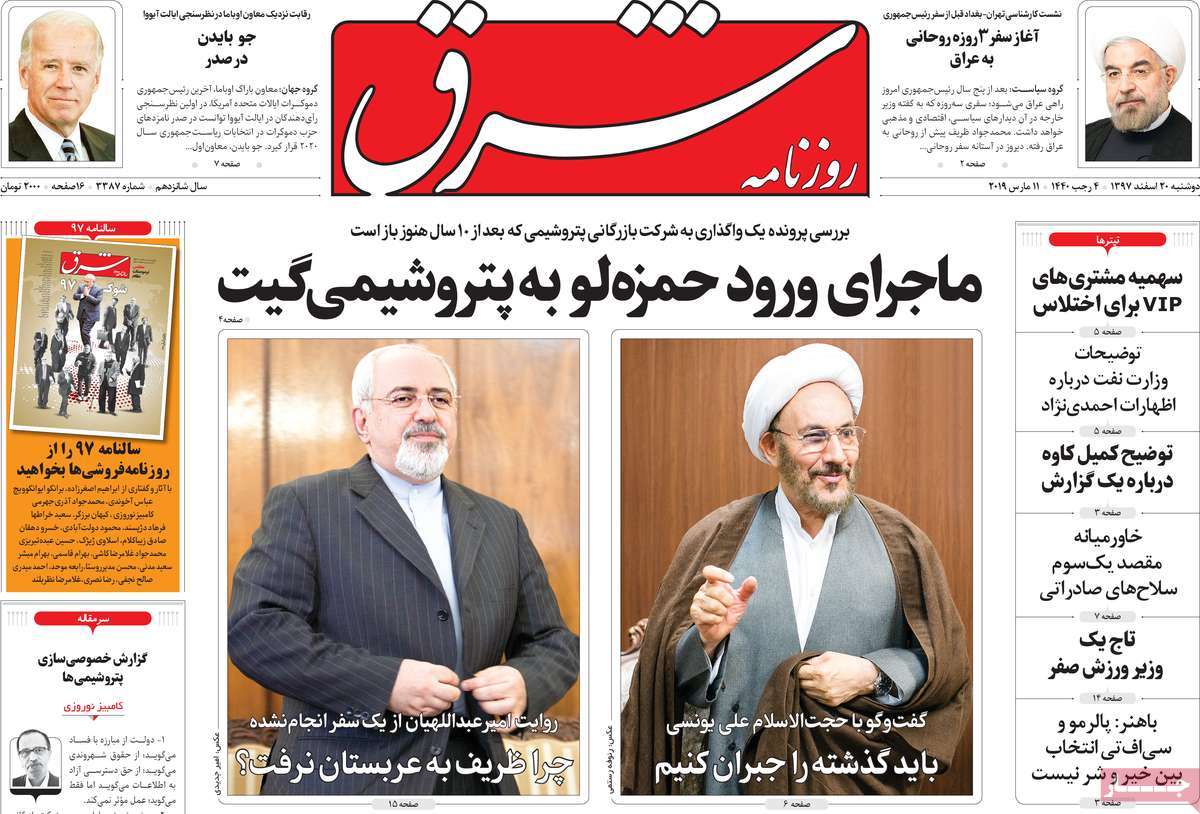