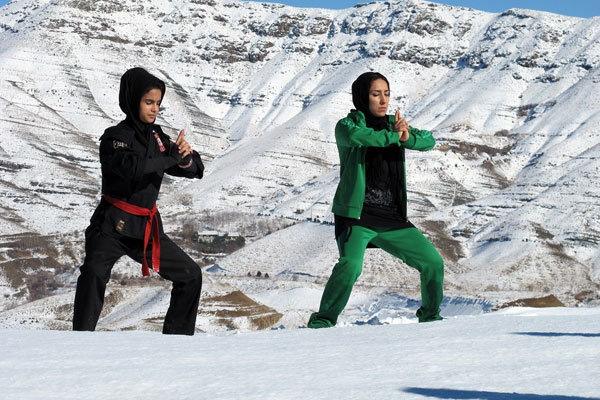 The 12th edition of the KIN festival was held in Yerevan on 3-7 November, 2015 and the Diploma of Honor for the best documentary has been awarded to the documentary Iranian Ninja, directed by Marjan Riahi.

The annual KIN International Film Festival is devoted to film makers whose production revolves around the theme of women (kin means “a woman” in Armenian).

It is narrated by Khatereh Jalilzadeh, the first Iranian ‘ninja’ woman (practicing Ninjutsu) and features the women’s hardships and barriers to practice the sport.

The documentary is the first feature film to depict Iranian ninja women competitions.