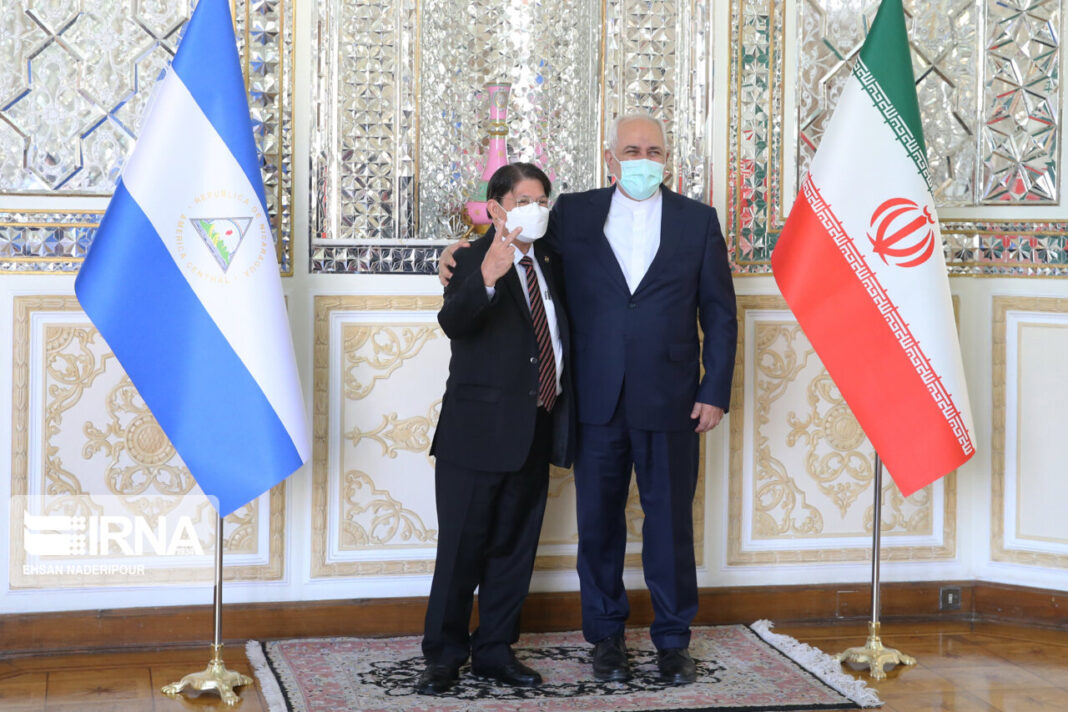 In the Saturday meeting, they also exchanged views on both countries’ resistance against unilateralism and interference by some countries in the internal affairs of independent states.

Zarif expressed his gratitude to his counterpart and his accompanying delegation for attending the swearing-in ceremony of Iranian President Ebrahim Raisi.

The top Iranian diplomat also touched upon the similarities of the two countries when it comes to withstanding the United States’ economic pressure, highlighting that Iranian and Nicaraguan people have emerged victorious in this arena.

Moncada, in turn, said he was pleased to have been invited to President Raisi’s inauguration ceremony.

He underlined the historical relations between the two countries, and thanked Zarif’s efforts to expand mutual cooperation over the past eight years.