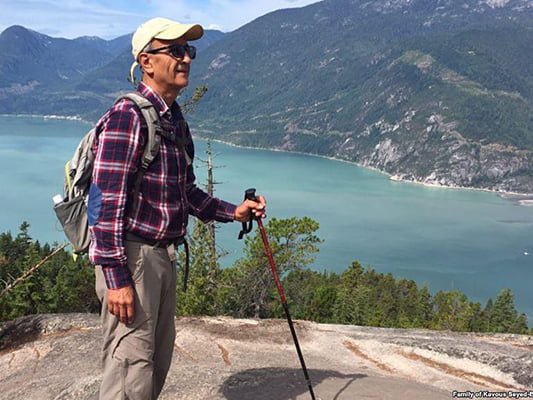 Several Iranian lawmakers have been probing into the death of environmental activist Kavous Seyyed-Emami, who is said to have committed suicide in Evin Prison according to the Judiciary.

A number of MPs, including both reformists and conservatives, were shown a CCTV footage of the cell where Seyyed-Emami was kept on Monday.

In the footage, provided by the Islamic Revolution Guards Corps, Seyyed-Emami is seen apparently preparing himself for committing suicide.

According to Mohammad-Reza Aref, the leader of reformist lawmakers, the deceased academic was seen trying to put off the light by throwing something at the lamp.

“In this footage, he took off his shirt and tried to use it as a tool to hang himself,” he noted, adding that the footage was not clear enough, and the IRGC has vowed to provide a less ambiguous one if available.

Ali Motahari, the vice-speaker of the Iranian Parliament, told ISNA that Seyyed-Emami is not seen committing suicide in the footage, but he was engaged in activities for seven to eight minutes that indicated he was probably going to kill himself.

Motahari strongly criticized the prison officials for their failure to notice the suspicious moves made by Seyyed-Emami, stressing that the negligence of the CCTV operator it is totally clear.

The IRGC representatives have told the lawmakers that those working at the CCTV control room have been punished following the incident.

The Shargh newspaper reports that all lawmakers, except for one of them, agree the footage does not show Seyyed-Emami’s suicide. However, Seyyed Hossein Naqavi Hosseini says the prisoner was shown committing suicide using his shirt.

Alaeddin Boroujerdi, the chairman of the Parliament’s National Security Commission, is also sure that Seyyed-Emami has committed suicide.

“We watched the footage of him in Evin Prison. Unfortunately, Seyyed-Emami could not put up with the situation in prison for whatever reason, even though he was being kept in a special cell as he was a university professor,” he told ICANA.

Boroujerdi says even Seyyed-Emami’s family has accepted that he committed suicide, so they did not ask for a post-mortem.

However, the lawyer of Seyyed-Emami’s family, Arash Keykhosravi, has told the Shargh newspaper that the family has indeed asked for a post-mortem examination.

“Deputy Prosecutor told us the forensics will call for an autopsy as part of a routine procedure. So I don’t confirm Boroujerdi’s claim that the family has not asked for a post-mortem,” he added.

The Iranian-Canadian dual citizen Kavous Seyyed-Emami was arrested on January 24 and according to authorities committed suicide in jail.

He was arrested along with a number of other environmental activists, who are accused of espionage and giving the country’s sensitive information to foreigners, according to Tehran prosecutor.

Mohammad Reza Tabesh, the head of the Iranian Parliament’s Environment Fraction, had earlier noted that the charges against these people must be proven in court stressing that there are also ambiguities about the death of Seyyed-Emami that must be resolved.

“We are planning to hold a meeting with judicial authorities, the Prisons Organization, the IRGC, the Ministry of Intelligence and the Environment Department within the next few days,” he noted.