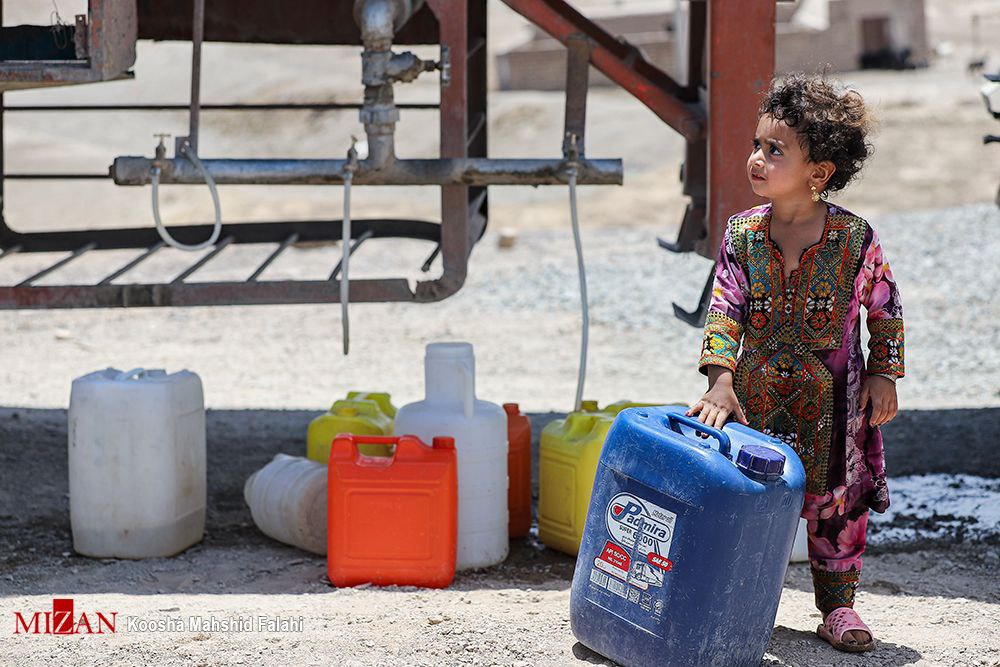 The Ground Force of the Iranian Army and Judiciary officials along with relief teams have launched work to supply water to rural areas in the southeastern Iranian province of Sistan and Baluchestan.

That came after video was released showing a girl, with a haggard face, crying and complaining of water shortage in the area where she lived.

A village in Sistan-Bluchestan, which has a population of just around a hundred, and where water is supplied manually, faced water shortage for almost two months.

Villages and towns in the south of the country are facing shortages of potable and irrigation water these days.

One of the reasons behind this water shortage in the agriculture sector is the building of dams in neighbouring countries, especially in Afghanistan, which do not measure up to construction standards as well as their refusal to make water right payments to Iran.

Unfortunately, water is still supplied to some areas manually, i.e., with tankers.

The Sistan-Baluchestan province has around 800 villages some of which have a population of less than 50.

Water for the provincial capital as well as around 200 big and small villages is supplied by almost 60 wells along with another 2 deep water wells dug in and around the city of Zahedan.

The water should be fed into desalination equipment to turn into drinking water.

Given the frequent power outages these days, around 20 wells stop functioning each time the lights go out.

As for the Hirmand river, potable and irrigation water is provided through 4 artificial lakes, which, in the past, would serve as water storage, not the main source of supply.

However, they have turned into the main source of drinking water these days as the Hirmand river and the Sistan dam have dried out on the one hand, and the Kamalkhan dam is being constructed in Afghanistan on the other.

The following images depict efforts by provincial authorities to supply water to this deprived region.