Iranian Midfielder Shojaei Closer to National Team More than Ever 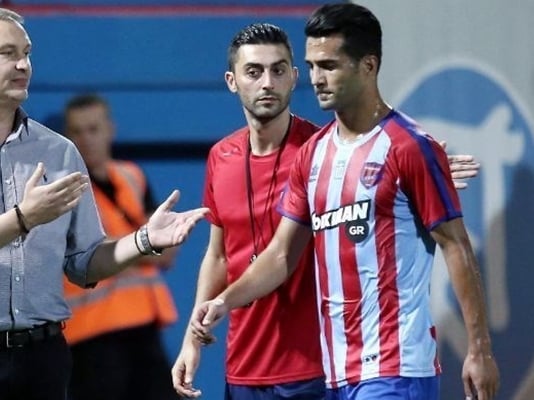 Eight months after being dropped out of Iran’s national football team because of playing against an Israeli club, Iranian midfielder Masoud Shojaei is now highly likely to return to the Team Melli.

Shojaei, who plays for the Greek club AEK Athens FC, was left out of the coach Carlos Queiroz’s team after violating an undeclared law in Iran which bans all Iranian athletes from playing against Israeli rivals.

Now the presence of Queiroz in Greece has sparked speculations about the return of Shojaei to the national football team, a Farsi report by Khabar Online said.

Queiroz’s Facebook post about Shojaei has also contributed to the speculations. In his post after watching directly the AEK and Olympiacos match in Greece, the coach wrote: Good job Masoud! You are the top player of Greece Super League.”

It seems Quiroz has good reasons to once again invite Shojaei to his team.

Nottingham Forest’s Ashkan Dejagah has undergone surgery on an injury and is understood to be facing up to two months on the sidelines. On the other hand, the 24-year-old Saman Ghoddos playing for Östersunds FK in the Swedish Allsvenskan is too young and has not yet managed to settle in the national team.

Today given the ongoing dispute in Iran’s wrestling federation over forcing athletes to forfeit matches against Israeli opponents, it seems Queiroz will face no strict opposition for inviting Shojaei to the national team.

In several interviews following his ban, Shojaei underlined that he was forced to play against the Israeli club.

Now eight months after being left out of Queiroz’s squad, Shojaei has become too popular among the Iranians and his return to the national team has turned into a public demand.

If invited to the national team, Shojaei would set a historical record because he will be the first Iranian football player who has appeared in world cups for three times.

Shojaei, 33, has represented the national Iranian football team over 70 times, including at World Cups and Asian Cups.

Top of Group A in Asia, Iran has already qualified for next year’s finals in Russia.