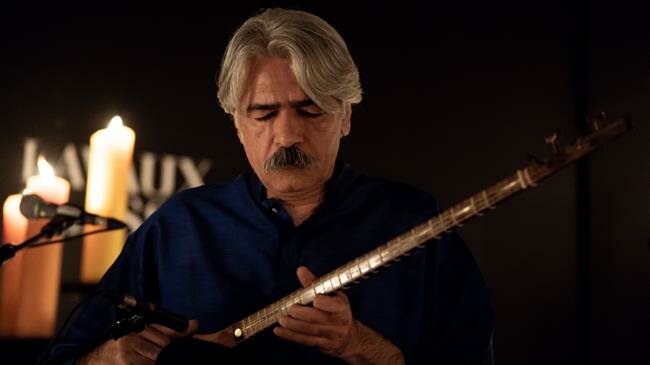 Internationally-acclaimed Iranian virtuoso Kayhan Kalhor has won the WOMEX 19 Artist Award for “bringing the Persian classical music tradition to the ears of people all over the world.”

Kalhor received the prestigious award on Sunday at the 25th jubilee edition of the World Music Expo (WOMEX) in Tampere, Finland.

“For the mastery and virtuosity of the kamancheh (Iranian music instrument),  for the ceaseless innovation and collaboration to create exciting new musical languages and for bringing the Persian classical music tradition to the ears of people all over the world, Piranha Arts, the organizers of WOMEX, are delighted to present the WOMEX Artist Award 2019 to Kayhan Kalhor,” WOMEX said.

Speaking at the event, Kalhor introduced himself as a representative of Iranian musicians on behalf of whom he would present the prize to legendary master of traditional Persian music, classical singer and composer Mohammad-Reza Shajarian.

“I dedicate the award to Ostad (master) Mohammad-Reza Shajarian, the great master of Persian music, who has been fighting a nasty illness for a few years,” he stated.

Earlier upon being nominated for the award, Kalhor had said, “Receiving the WOMEX Artist Award means so much to me. The award is recognition of the rich culture of my homeland Iran and an ageless Persian art that thrives and is beloved throughout the world. As forces arise across the globe and push for divisiveness, borders and intolerance, music brings us together and reminds us of our common humanity. As a citizen of the world, I am humbled by this recognition and stand with artists whose music fosters unity.”

Kalhor, born in Tehran in 1963 to a Kurdish family, began studying music at the age of seven.

In addition to classical Persian music, he also learnt Kurdish and Turkish musical influences in Iran.

He then studied European classical music and eventually graduated from the music program at Carleton University in Ottawa, Canada.

Kalhor’s instrument of choice is the Kamancheh, a bowed string instrument used in classical Persian music.