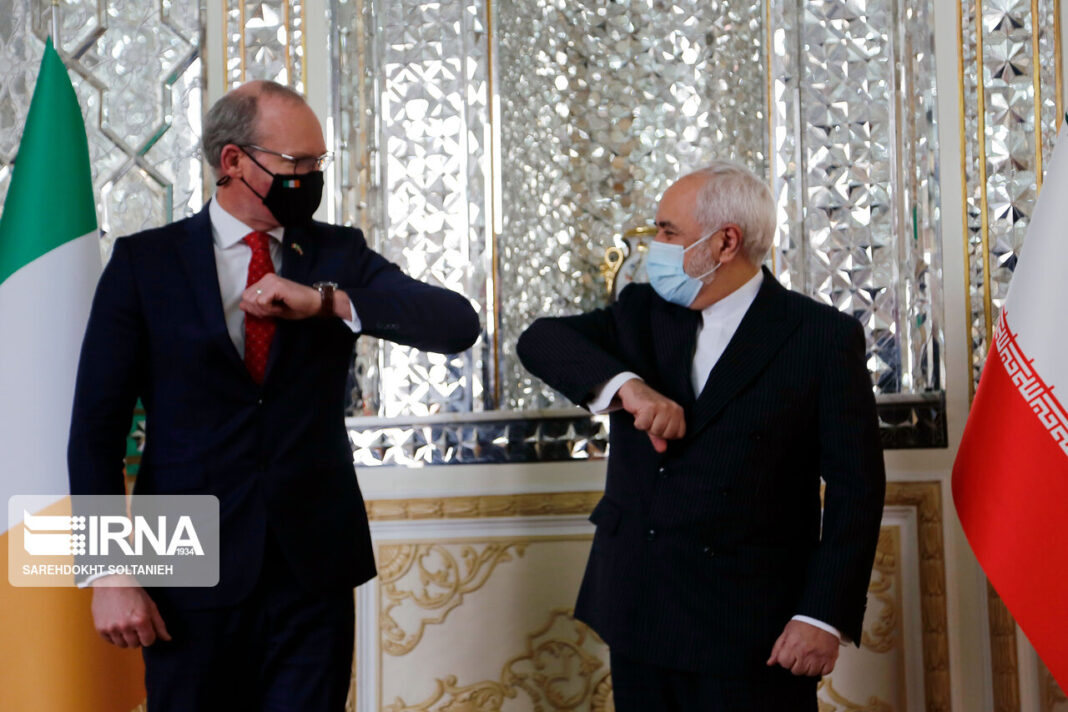 In the Sunday meeting held in Tehran, the two sides emphasized the necessity of continuing political consultations as well as economic exchanges.

The top Irish diplomat underlined that as arranged, Ireland’s embassy will gradually reopen in Tehran.
The two top diplomats also exchanged views on the JCPOA.

The Iranian foreign minister reiterated Tehran’s principled policy on the need for the removal of illegal US sanctions fully and effectively as a step that would, in turn, see Iran reverse the measures it has adopted to scale down its obligations under the JCPOA.

Among other topics discussed was ways of helping ease regional tensions where the two sides discussed developments in the Persian Gulf, Yemen, Iraq, Syria, Lebanon, occupied Palestine, Afghanistan and the Caucasus.