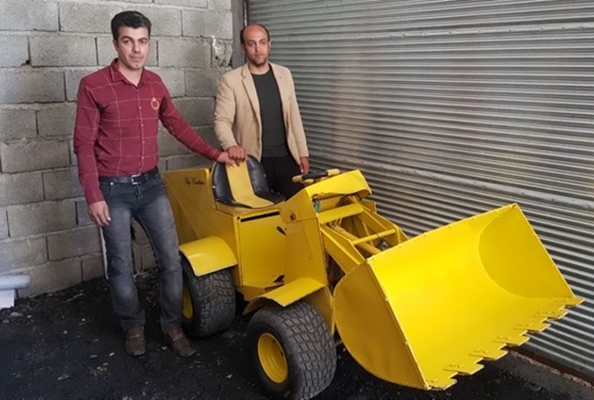 A group of Iranian inventors have, for the first time in the world, developed solar-powered hydraulic loaders.

Two innovators from the city of Sanandaj in Iran’s Kurdistan province have made loaders the likes of which have not been developed in the world before, they claim.

The two young men, who have no academic education, have patented several inventions so far.

Fars News Agency has conducted an interview with these two young inventors to get more familiar with them. 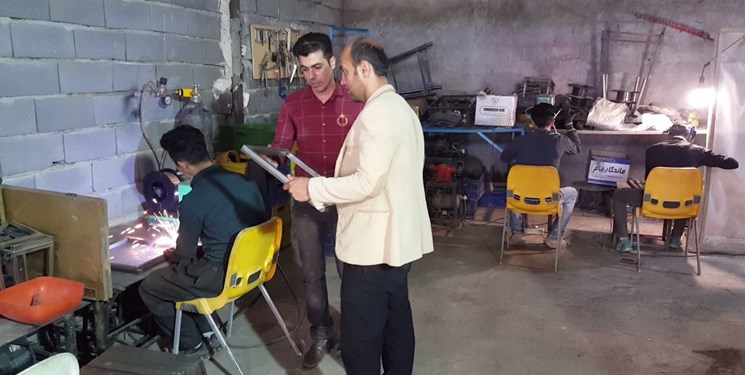 One of your inventions is the “solar-powered loader” also known as the “Hizi of Kurdistan.” What are the applications of this equipment?

Samadi: My friend Omid Zandi and I managed to design and make the solar-powered hydraulic loader and called it the “Hizi of Kurdistan,” which means the “power of Kurdistan.” It not only makes little noise while in operation, but is powerful and efficient as well.

This equipment had not been made in the world before and is very suitable for narrow alleys and passageways. It can also be used in industrial sites.

How did the idea of developing this machine cross your mind?

Samadi: We have a funfair in Sanandaj most of whose equipment is made in China. First of all, these machines come at a high cost for consumers, and second, they need repair after a certain period of operation. Some spare parts are not available on the market, either. My friend and I saw that we had what it takes to handle the problem, so we designed and made several funfair machines, including the solar-powered loader.

This loader can lift up to 1 tonne of weight. It is also able to apply up to 2 tonnes of force, i.e. it can also be used to lift one tonne of goods and pull or relocate two tonnes of objects.

The loader runs on solar power. It can operate on rechargeable batteries on rainy or sunny days or in indoor places where there is no sunlight.

We spent almost one year to make it.

By developing this machine, we first aimed to make equipment to relocate soil in the funfair for children. In fact, the machine would both make children more excited and would help them get more familiar with road-building machines. But while designing the machine, we realized that the equipment can be made in bigger sizes to be used in industrial and agricultural sectors as well. So, we decided to develop the first sample of the machine for industrial use.

We increased the power and volume of the loader to tailor the equipment to industrial needs. We also used a hydraulic mechanism to make it more powerful to move more weights.

Given that the loader is powered by solar energy, it does not produce any pollutants, nor does it make any noise while in operation. So, it can be used on dairy farms, gardens and agricultural fields. It can also be used to remove dirt in narrow alleys.

In addition to the solar loader, we have also developed several other pieces of equipment none of which has ever been produced in foreign countries. Among them are self-charging electric cars used for under-8 children in funfairs, smart cradles, smart brooms for sweepers and several other pieces of equipment. We can produce them if we are sponsored.