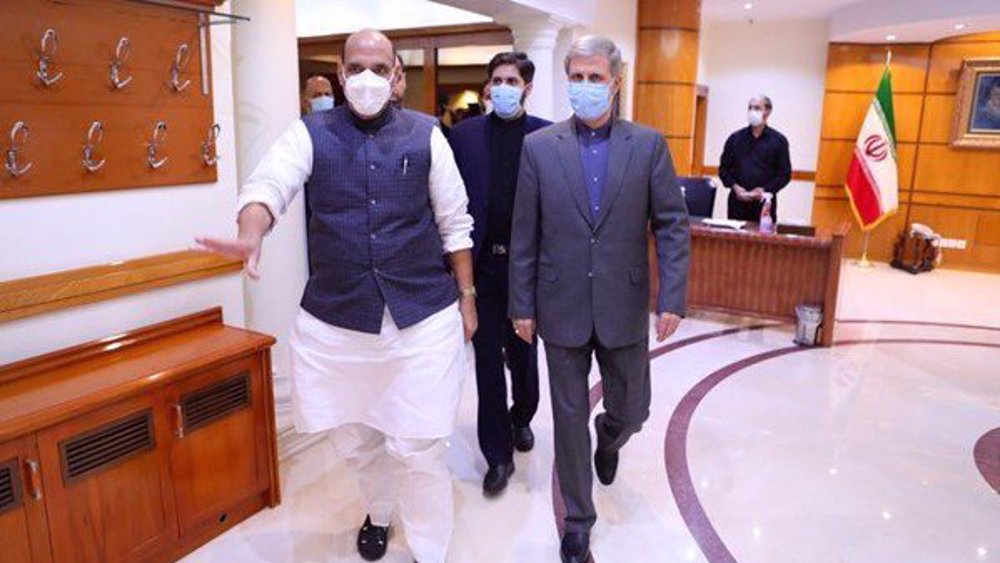 In a tweet on Sunday, Singh posted pictures of his meeting with Hatami in Tehran, saying the two sides had also discussed the situation in Afghanistan.

Had a very fruitful meeting with Iranian defence minister Brigadier General Amir Hatami in Tehran. We discussed regional security issues including Afghanistan and the issues of bilateral cooperation . pic.twitter.com/8ZENfAgRPS

In another tweet, the Indian defense minister’s office said the meeting between Singh and Hatami took place in “a cordial and warm atmosphere,” adding both officials “emphasized upon the age-old cultural, linguistic and civilizational ties between India and Iran.”

Singh traveled to Tehran after concluding his three-day visit to Moscow, where he held talks with his counterparts from Russia, China and the Central Asian states.

In an address to a joint meeting of the defense ministers of the Shanghai Cooperation Organization (SCO), the Commonwealth of Independent States (CIS) and the Collective Security Treaty Organization (CSTO), he called on countries in the Persian Gulf region to settle differences through dialogue.

“India has vital interests and links of civilization and culture with all States in the Persian Gulf,” he said. “We call upon countries in the region—all of which are dear and friendly to India, to resolve differences by dialogue based on mutual respect, sovereignty and non-interference in internal affairs of each other.”

India has long sought to use a transit corridor through Iran’s strategic Chabahar port to facilitate trade access to Afghanistan and other Central Asia nations as well as Russia.