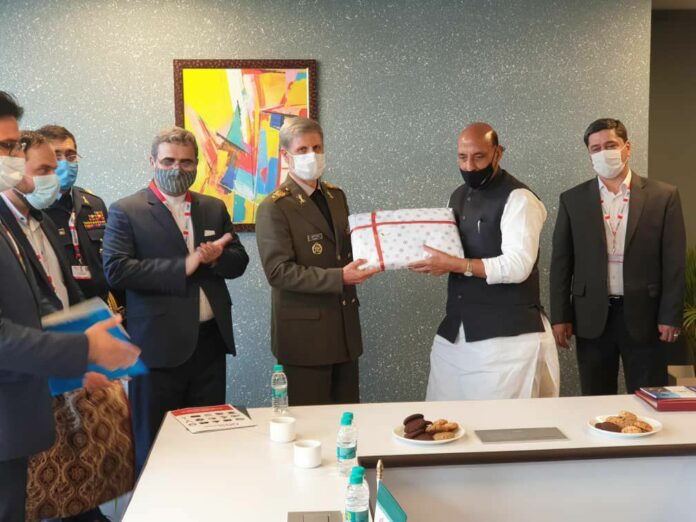 In the meeting, the two sides discussed mutual cooperation as well as regional and international issues.

The visiting Iranian defence chief underlined that part of historical and cultural commonalities between the two nations is their struggles against colonialism and tyranny.

General Hatami stressed the need to draw on the numerous potentialities in both countries to further expand bilateral cooperation on all fronts, namely in the defence and security sector at bilateral, regional and international levels.

He said such cooperation will serve the interests of both countries.

General Hatami said the Chabahar port in southern Iran could be an opportunity for both sides to forge closer regional cooperation.

For his part, the Indian defence chief expressed his gratitude to the high-ranking Iranian defence delegation for visiting his country.

The top military official touched upon the age-old relations between the two countries, and underline the importance of maintaining the growing ties between Tehran and New Delhi, which include relations in the defence domain.