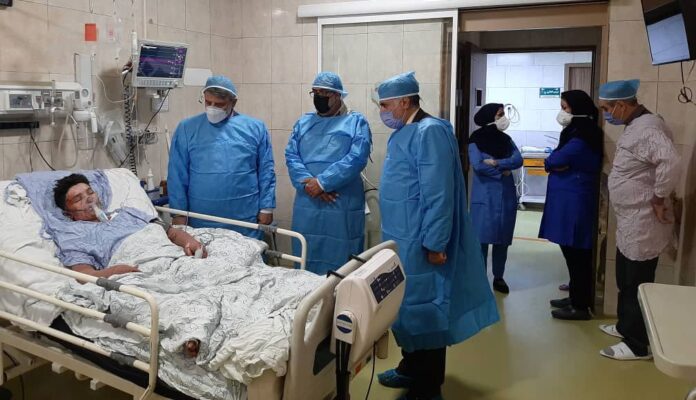 An Iranian teen who recently rushed to rescue two women trapped in a fire in a city in southern Iran, has died of his burns at hospital.

Ali Landi, 15, was receiving treatment at Imam Mousa Kazem Hospital in the city of Isfahan. Officials at the hospital said severe infection caused by the burns that damaged 91 percent of his body rendered treatment efforts ineffective.

When Ali was admitted to hospital for treatment, Iran’s Minister of Labor Ahmad Vahidi instructed the governor of Isfahan province, Abbas Rezaee, to give special support to the selfless teen who endangered his own life to rescue two women, one of them an elderly.
The fire broke out in the city of Izeh, in Khuzestan Province.