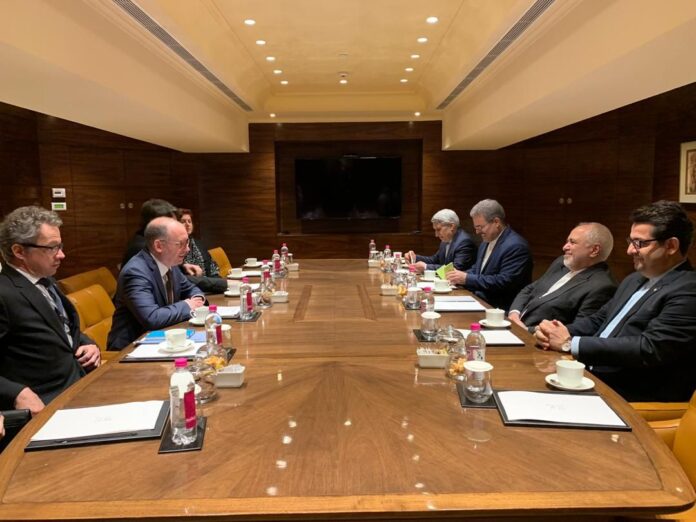 Minister of State at the German Federal Foreign Office Niels Annen has held a meeting with Minister of Foreign Affairs of the Islamic Republic of Iran Mohammad Javad Zarif in New Delhi.

Niels Annen and Foreign Minister Zarif held talks at a meeting on the sidelines of the Raisina Dialogue conference in New Delhi on Tuesday evening.

The senior Iranian and German diplomats discussed the latest developments surrounding the implementation of the Joint Comprehensive Plan of Action (JCPOA) and the regional conditions, particularly the situation in Afghanistan.

In the meeting, the Iranian Foreign Minister criticized the Europeans’ failure to honor their JCPOA commitments, and slammed their move to trigger the dispute resolution mechanism as baseless in legal terms and a strategic mistake in political terms.

Annen, for his part, stressed that Germany attaches significance to the relations with the Islamic Republic of Iran, adding, “Our stance is defending and supporting the JCPOA, and the spirit of the letter from the three European minsters is not destruction of the JCPOA.”